Graphics Processing Unit (GPU) is one of the most important pieces of hardware connected to a computer system. It is also a graphics card as it is responsible for showing output on a display monitor connected to our PC. In addition, GPU is necessary for high-end gaming, animation, rendering, video editing, and exporting.

GPU can damage the motherboard. It can be due to incompatibility between the two, dirt and moisture, wrong drivers and speed-controlling software, overclocking without a proper cooling system, leaky or expired cooling system, overheating, slow and old fans, voltage fluctuations, and power surges.

Other factors include overheating, loose GPU connector connections, dust or dirt particles, slow and old fans, voltage fluctuations, and power surges. So you can save your GPU and your motherboard from getting damaged only by taking a bit of care that I have mentioned along with the problems.

What Kills a Graphics Card?

The first and foremost factor responsible for killing a GPU is moisture. Moisture is nothing but tiny water drops. It is common for places near water bodies such as lakes and oceans to have moisture in the air. When impurities and minerals mix with moisture, it becomes conductive and shorts the GPU one day. 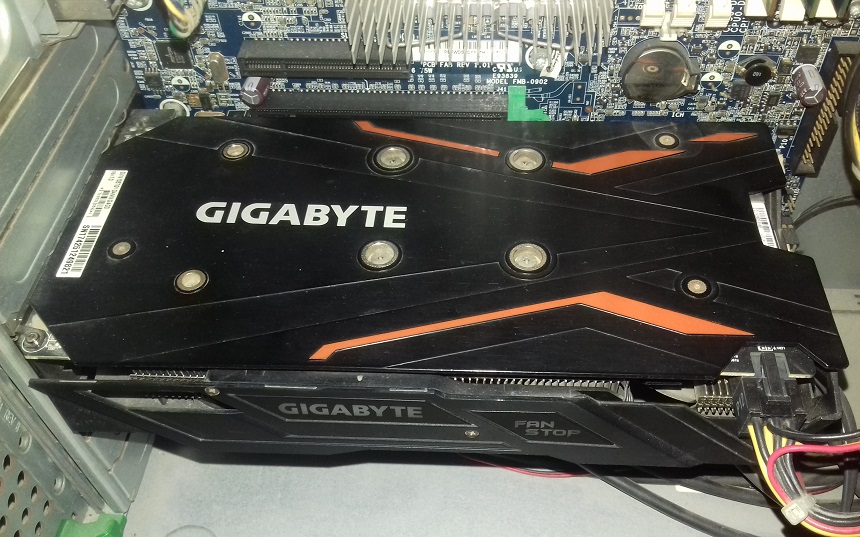 If you want to get rid of the moisture, keep the room or hall as dry as possible. You can do this by using different filters in your room. Getting rid of attached baths can help a lot. The humidity sensors can help you tell the moisture levels. Heaters are best for evaporating moisture in winter.

The second enemy is dust. Dust particles gather up and make a layer on the board of your GPU. We know that most of the graphics card’s electronic components generate heat when powered. The layer of dirt stops this heat from radiating in the air, and as a result, the graphics card becomes overheated and even burns out.

Old and slow-spinning fans are also a cause behind killing a graphics card. The basic function of fans is to spread heat in the air, away from the computer hardware, and out of the PC casing. First, clean and lubricate your fans from time to time so they can spin smoothly. Then, upgrade the old fans with fast ones ASAP.

It is not the only hardware that kills a graphics card; sometimes, the culprit is incompatible and miscalibrated software. For example, some users install software to control GPU fan speed. Unfortunately, this software is published by unknown companies that are miscalibrated. As a result, you lose your precious GPU.

Typically a heavy GPU cannot damage a motherboard because it is tested multiple times before launching and bringing it to the market. But yes, if the motherboard is small enough to supply the required power to the GPU, then the GPU will try to draw this power forcefully through the slots damaging the motherboard.

It is essential to match the GPU with your motherboard before installing it. Heavy GPUs require heavy motherboards that can handle such GPUs. The power that a GPU requires must not be provided through the slot, but proper GPU connectors from the PSU should be attached to the GPU to prevent such damage.

Will a GPU Bottleneck a Motherboard?

It depends on the combination of GPU and motherboard whether a GPU bottlenecks a motherboard. There can be different causes behind this bottleneck. The first reason can be the drivers. If you have not downloaded the proper drivers from the official website, you are not using your GPU efficiently. 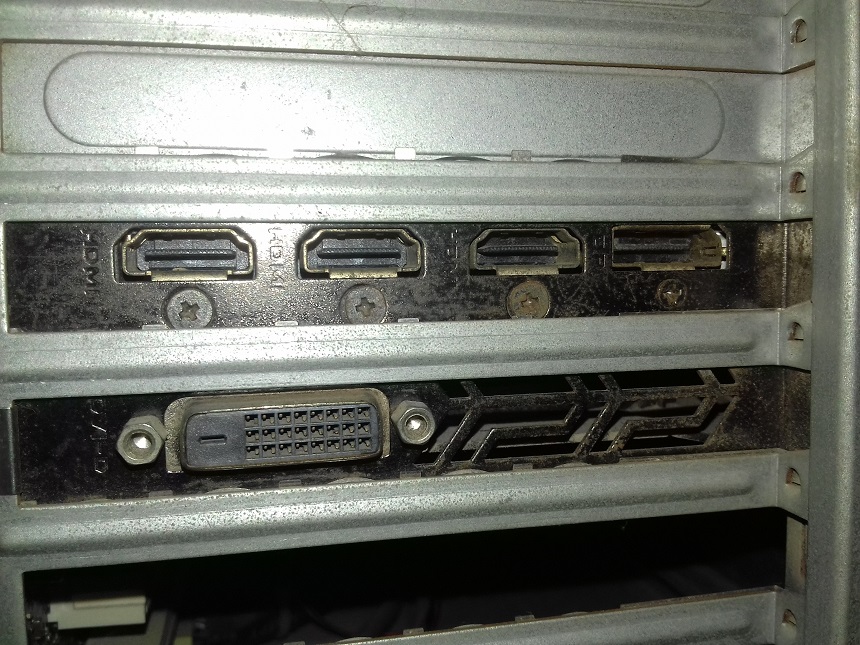 The PCIe slots on the motherboard cause the other bottleneck. The slots are dirty, and dust particles are stuck on them. As a result, less and inefficient communication occurs between your GPU and motherboard. The dirty GPU pinout can also cause a bottleneck. In some cases, even though the monitor has no display.

You can solve these minor issues by yourself as well. Just unplug the graphics card carefully after unplugging your computer system first. Then clean the PCIe slots on your motherboard using a dry toothbrush. In the end, clean the pinouts of your graphics card using a pencil eraser and put it back in the slot.

A GPU that is already damaged can damage your motherboard as well because the graphics card is directly connected to your motherboard. And if it has some fault, it will not only affect the performance of your computer system but also bother your motherboard during gaming, rendering, and exporting. 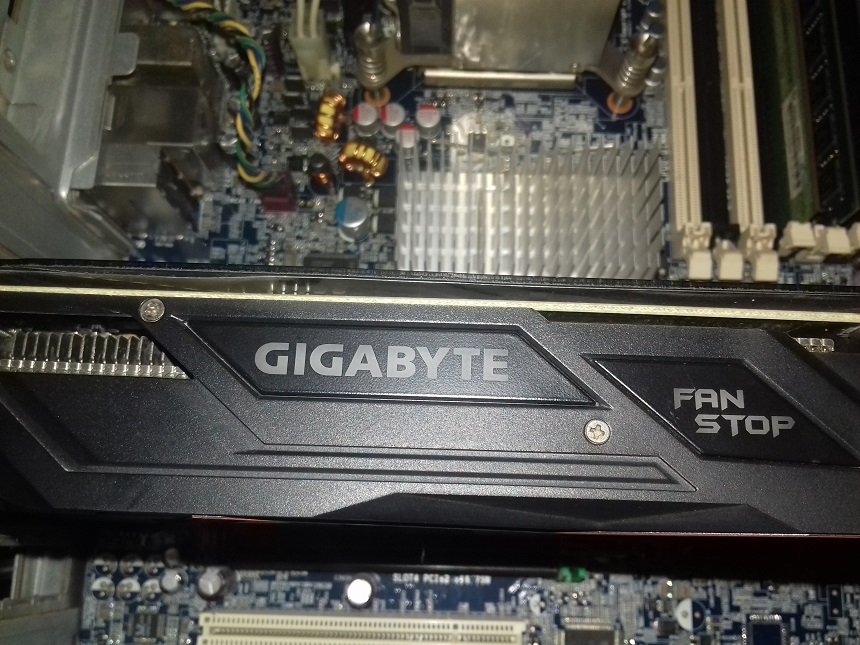 There are certain factors for figuring out if your motherboard is faulty. The first sign is pixelation, in which you will notice pixels on your monitor screen even when you have installed and updated your graphics drivers. The second sign of a faulty GPU is the screen flickering. And it is mostly very annoying.

The third sign is glitched on your display monitor screen. You will notice random glitches on random parts of your monitor screen if your graphics card is faulty. In most cases of faulty GPU, you have to buy a new one, but getting it repaired is also an available option.

Can Overheated Graphics Card Damage Hardware on a Motherboard?

Yes, an overheated graphics card can indirectly affect and damage other hardware on a motherboard, including the motherboard itself. When a GPU overheats, it requires an advanced cooling system such as a liquid cooling kit. The cooling systems keep their temperatures as low as possible.

A poor ventilation system is a first and foremost cause behind an overheating GPU. Sometimes your computer system casing is surrounded by walls and other stuff. In this case, the heat that GPU generates stocks inside the casing. As a result, all of the hardware becomes hot as they produce their heat too.

Cooling systems play an important role in dissipating the heat in the air. If you have a traditional heatsink and fan, ensure that its thermal paste has not expired. If it does, change the paste because your cooling system will not work properly without it. 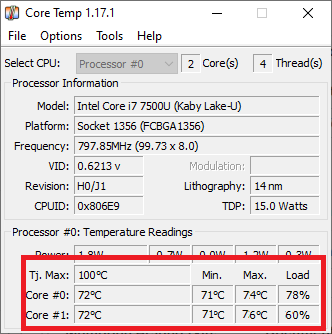 Another reason is if your liquid cooling kit is leaky or outdated, fix it as soon as possible because it can burn out your GPU and other hardware connected to this cooling system. Consider upgrading to a new and more reliable cooling system, especially since a well-known company has manufactured it with certain warranties.

To prevent your GPU from overheating, keep your room temperature at more or less around 20 degrees Celsius. It is because the electronic components continuously working in a hot environment are affected by a phenomenon called thermal degradation. And there is hardly any hardware that does not have these components.

Overclocked GPU can generate an enormous amount of heat as it works at the maximum speed. In this case, a graphics card must have a better cooling system, normal room temperature, good ventilation, and fast-spinning fans. Otherwise, your motherboard and other hardware can damage by the heat.

Can a Fried GPU Fry a Motherboard?

If your graphics card is fried, neither it will display anything on the computer monitor nor let the computer start. GPUs get fried when they get overheated due to the reasons I have mentioned in the article, such as poor ventilation, expired cooling systems, layers of dirt, etc. Most of the time, a fried graphics card is of no use.

To prevent your graphics card from frying, you can maintain your GPU cooling system (especially when overclocking), use faster PC fans, keep the room temperature around 20 degrees celsius, prevent your GPU from humidity and moisture, and place your PC casing where it can breathe properly.

Graphic cards comprise PCB (Printed Circuit Boards) and electronic components such as IC chips, capacitors, transistors, and resistors soldered on these PCBs. Well-known GPU manufacturing companies use the best methods for attaching or soldering components to the PCB. 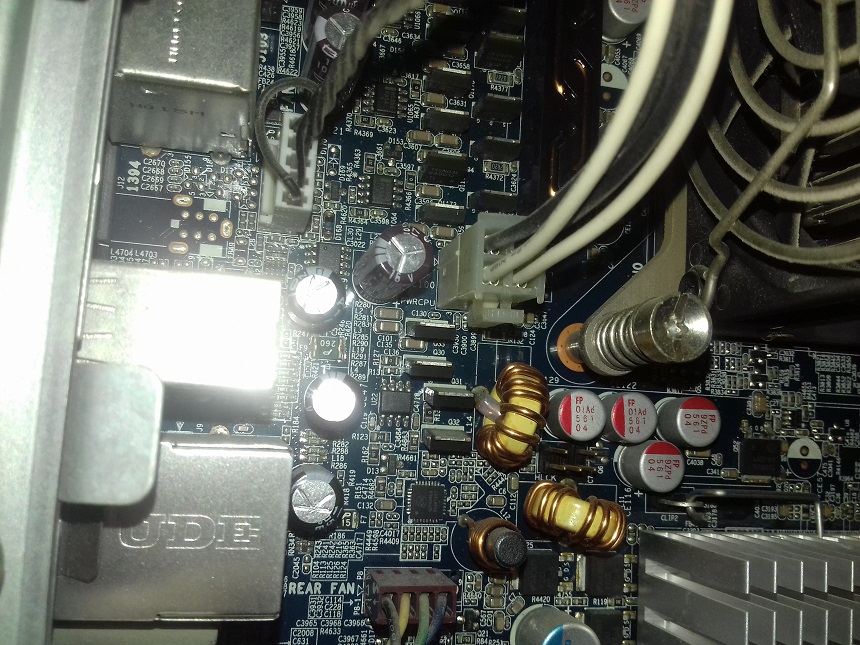 But if you have dropped your GPU accidentally or got it repaired, then there is a chance that an electronic component is not soldered properly. As a result, it will generate arcs and sparks. Also, since the GPU is connected to the motherboard through the PCIe slot, it will damage its slot.

It is necessary for you to always keep the GPU connector(s) attached to it for it to properly gain the demanded power for working efficiently. Somehow, if you have forgotten to connect the GPU connectors from PSU (Power Supply Unit), you should immediately connect them to your graphics card. 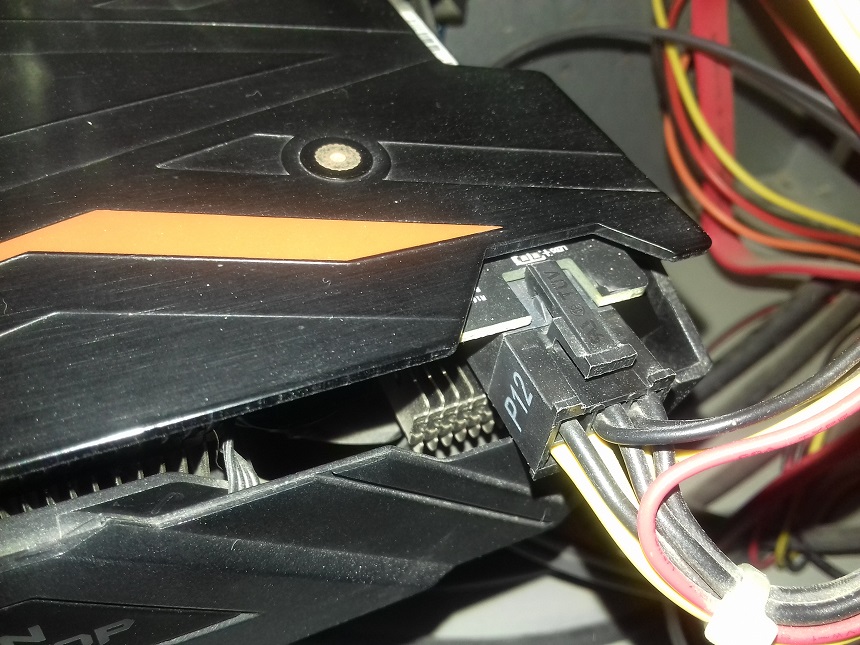 On the other hand, check if the GPU connectors are loose. In both cases, the graphic card will have low power for working. And low power is nothing but low voltage and current flow. As a result, not only your graphics card will be at risk, but it can also damage the motherboard, especially its PCIe port.

Voltage fluctuations are sudden rises and fall in the input power. We get AC (alternating current) power from the power companies. This power travels from far away places to reach our devices. There can be different reasons behind the voltage fluctuation at the time of its generation and on the way to your home.

Besides the government’s AC power, two more factors affect the GPU and your motherboard. These can be your power generator and UPS Inverter. If a known company does not manufacture these two devices, then there can be voltage fluctuation in their output.

Power surges are sudden increases in input power. The surge can result from lightning hitting an electric pole or the lightning rod. GPU gets most of the power from PSU. Power surge enters the PSU, then the GPU, and it reaches the motherboard damaging it for good. Surge protectors are used for safety.