CPU (Central Processing Unit) is one of the major hardware of a computer system. Without a CPU, a computer cannot do anything because it controls nearly everything and executes all the instructions in a computer app or software. That is why a CPU is called the brain of any computer-based system.

In this article, I will clarify your concept of the well-known hardware, CPU (central processing unit), and answer one of the most important questions about CPU at max speed. There are several reasons behind a CPU always running at max clock speed/freq. So let’s discuss these problems one by one to solve your issue.

Why Is My CPU Always Running At Max Clock Speed/Freq?

The first and foremost reason behind your CPU always running at max clock speed/freq can be overclocking. You may have turned on this feature accidentally or knowingly and forgot to disable it. As a result, when you see your CPU stats, your CPU frequency is always at the maximum possible value. 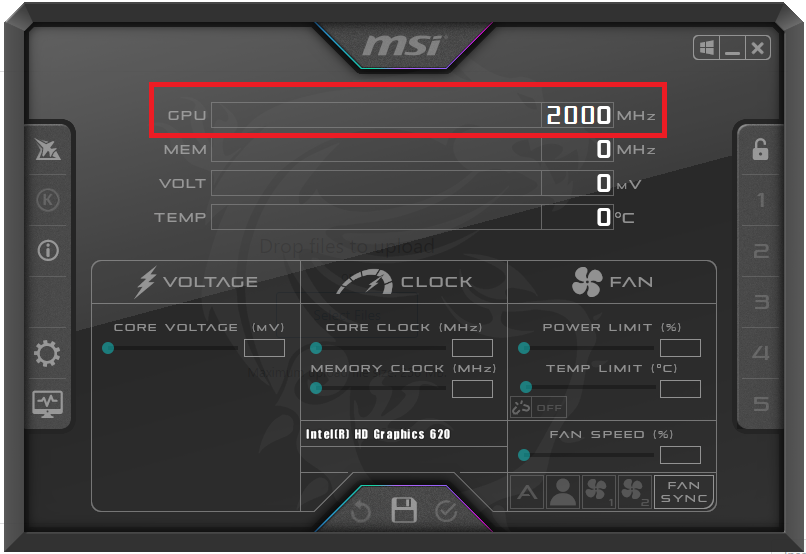 The second reason your CPU runs at the max clock can be the “Antimalware Service Executable.” It is a Microsoft Windows service that protects your computer from viruses. You can say that it is a part of Windows Defender and an antivirus mechanism for detecting and deleting malware files.

When “Antimalware Service Executable” scans your device for viruses, your CPU runs at the max clock speed/freq. However, if you open the taskbar and see the progress tab, you will notice that the CPU usage is 100%. Therefore, I recommend you let Windows search and delete the viruses for the sake of your data.

Microsoft keeps adding certain features to their Windows operating system to make it better and better for you. And the company can’t make these changes without any updates. You can experience your CPU running at max clock speed/freq during the Windows updates.

I recommend you let Windows update today, no matter how long it takes. Plus, connect your computer to a faster internet network so the updates will pass soon, not making you feel that the CPU is running at max speed all the time. The CPU will come back to its normal speed after the updates.

If the total amount of RAM you have installed is less, then the CPU seems to always be running at max clock speed/freq. It is because the games and apps load in the RAM before your CPU or GPU executes them. These remain in the memory modules during their execution. And the results are also stored in the RAM.

When the RAM is small in size and less in speed/frequency, then addressing RAM becomes a slow process, and the CPU stays busy generating addresses and performing operations simultaneously. As a result, the CPU works at the max clock speed/freq. Hence, you notice its usage is 100% most of the time. 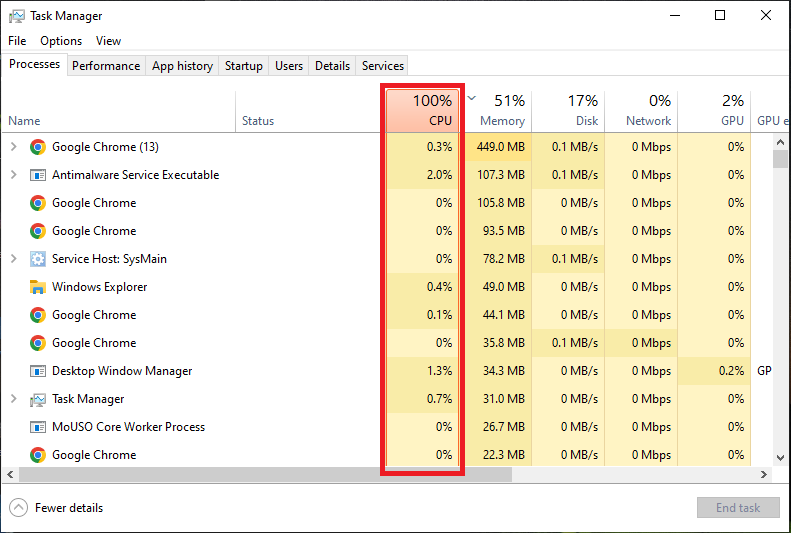 The more background apps, the more the central processing unit (CPU) will be busy executing them. It is because the CPU generates a schedule for executing these apps simultaneously. Therefore, if there are more apps, the CPU will become busy running them simultaneously. As a result, it will operate at max clock speed/frequency.

A less powerful CPU has not only a lesser number of cores but also a low operating frequency. Nowadays, most games and apps are multithreaded and fast. It means not only that they need a multi-core central processing unit but a fast CPU as well. Such a CPU seems to work at max clock speed/freq.

What Frequency (MHz) Can CPU be Running At? | Average Frequency

The MHz central processing unit (CPU) used to run at a very slow speed compared to the modern CPUs that run at GHz. It is because MHz and GHz are nothing but units to measure the speed of the CPUs. MHz means megahertz, and if a CPU runs on 3 MHz, then it means that it works on 3 million clock cycles per second.

I don’t think CPUs now work on MHz; instead, they work on GHz. A 4 GHz (gigahertz) CPU can only work on 4 billion clock cycles per minute. The most widely used CPUs range from 3.0 GHz to 4.3 GHz. Hence, on average most CPUs run on more than 3.5 GHz. The CPU frequency varies with the load.

Yes, high CPU frequency is good because the central processing units with higher frequencies can perform the same task in less time as compared to the CPUs with lower frequency ranges. For example, a CPU with a frequency of 4.5 GHz is way faster than a CPU with a speed of 3.5 GHz.

But if you are talking about the CPU always running at max clock frequency, then it is not good. Because either it is overclocked or it is overloaded. Such a CPU will generate high temperatures and consume more electrical energy, charging you more electricity bills.

Continuously running at a high frequency can heat your processor, and as a result, one or more cores can get damaged for good. It is also possible that your CPU may burn out of this heat. Therefore, I recommend you lessen its workload and let it rest and cool down for at least 30 minutes because overheating is fatal.

No matter how good a CPU manufacturing company allows you to overclock your CPU, the constant high CPU frequency affects the CPU life, and there are two main reasons for that. The first reason is that a CPU working on a constant high frequency is mostly in overheated mode, especially when your cooling system is poor. 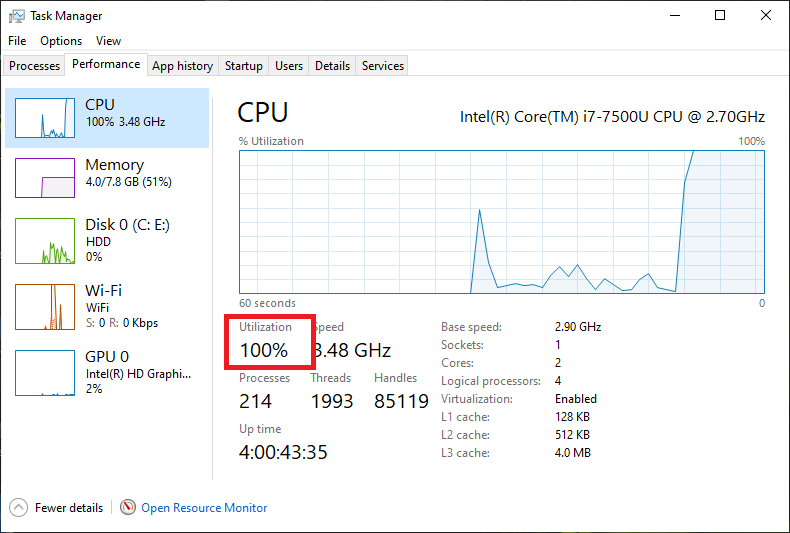 This overheating decreases the lifespan of your CPU because its cores start to burn out and become out of order one by one. One day, the remaining cores will be insufficient to fulfill your computing needs, and you will have to replace your current CPU with a new and better one.

The second reason is that the CPU on high frequency works on it 100% nearly all the time. It not only keeps the other hardware under stress, such as GPU, RAMs, Motherboard, etc. but its internal circuitry and control unit are also stressed out. Such a CPU, such as BSOD, can become out of order without prior notice.

How To Check Your High-Frequency CPU’s Health?

If you have an Intel processor, follow along to check your CPU’s health. First, download the Intel Processor Diagnostic Tool from its official website. Then, just download the latest tool version and install it on your computer or laptop. 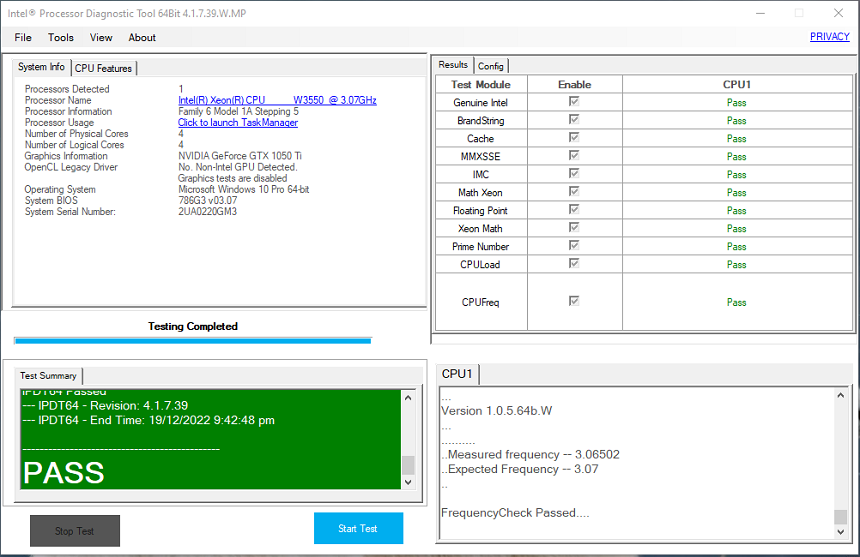 After you run the app, it will take some time, depending on your CPU speed, health, and total installed memory (RAM). The diagnosis can take 10 minutes to 50 minutes, so make sure you do not have any important tasks to do at the moment. I will recommend you close all other apps when testing your CPU health.

How Do I Reduce the Maximum CPU Frequency Limit?

If you are a Windows 10/11 user, disabling the CPU overclocking is easy and simple. First, open the “Start Menu” and click on the “Settings” icon. It will be a small cog icon. As you open it, a window will appear with your Microsoft account or computer’s name on the top. 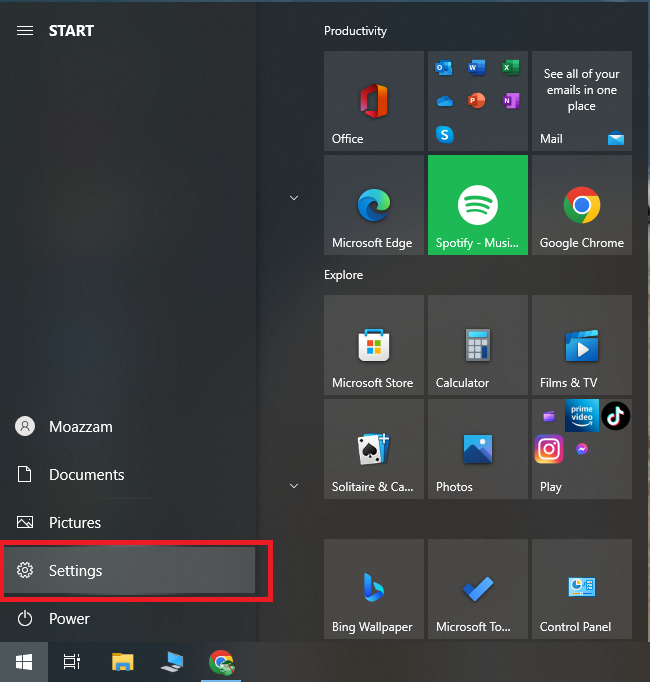 Here, you need to select the blue computer icon named “System.” Click on it to proceed to a UI with a list on your left-hand side. First, select the “Power & Sleep” option from that list. Then, click on the blue text saying “Additional power settings.” A window named “Power Option” will appear. 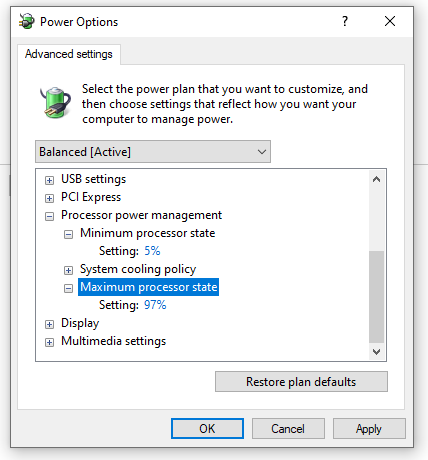 Is The Highest CPU Frequency Constant for All CPUs?

No, the highest frequency varies from CPU to CPU. For example, a central processing unit with a speed of 3.5 GHz will differ from a processor with a frequency of 4.3 GHz The CPU manufacturers define the operating frequency and one cannot change it.

And any kind of increase in the predefined frequency burns out the central processing unit (CPU). Even the frequency of the same processor can vary depending on its workload. For example, if a 4-point something gigahertz CPU is working on 4.5 GHz in its normal condition, then its frequency may be 4.7 GHz in case of overclocking.

What Does High CPU Frequency Mean?

All the latest intelligent hardware, such as CPU, GPU, RAM, etc., work on small electronic signals. The speed of these signals is called frequency, as it is measured concerning time. If a CPU works on more signals within a second, it is known as a CPU with high frequency. 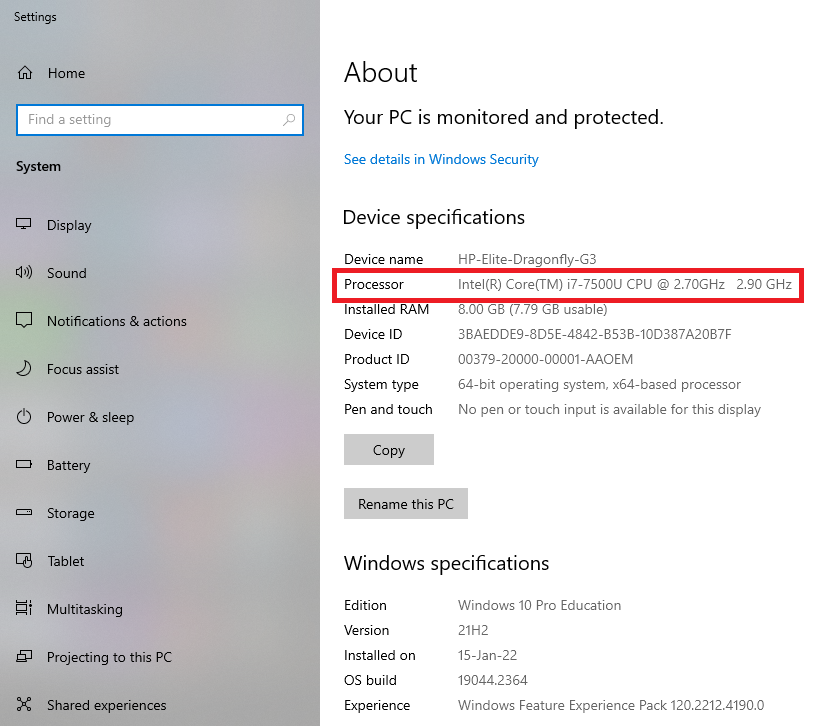 The speed or frequency of a CPU has a unit called Hertz. That is why we often see that it is mentioned that a certain CPU is 4.3 GHz (Gigahertz). It simply means that the central processing unit we are talking about works on 4.3 GHz because this is its operating frequency.

The higher the frequency means, the faster the CPU is. In other words, a CPU with a 4.3 GHz frequency can perform the same task in less time than one with a speed of 3.0 GHz. So, next time when you buy a CPU, do consider its frequency along with its cores. Because more cores take more advantage of high CPU frequency.

The high-frequency CPU is good for performing tasks in less time but is not healthy for the processor. The constant high frequency can also decrease your processor’s lifespan, making it useless over time. If you have an Intel processor, use its diagnostic tool to check your CPU’s health; otherwise, try to cool down your system and lessen the workload of your CPU.