Wondering Do I Need a Heatsink on My CPU? The heatsink is a device used to remove heat from an electronic component, such as a CPU, GPU, and transistors. It typically consists of a metal base and several fins that maximize the surface area for dissipating heat. It may also include fans or other mechanisms for increased airflow.

CPU is the central processing unit, also known as the computer’s processor. Because different CPU components, such as transistors, emit a lot of heat, the entire CPU becomes warm. Heat could damage the CPU and other components of the computer, which is why it is necessary to have a reliable heatsink.

Do I Need a Heatsink on My CPU?

If you have an extremely efficient CPU heatsink, it will handle all the heat effectively. However, heatsinks are designed according to the CPU and the motherboard they will fit in. So, if you need a new heatsink for your CPU, you first need to check the motherboard’s user manual and then buy one.

Can You Use PC Without Heatsink?

No, you can’t use a PC without a heatsink, as most necessary hardware like GPU, CPU, transistors, and power supply components are dependent on it. It transfers heat from the component to the air by means of a fan and keeps them cool. Without heat dissipation, these components will be damaged.

If you try to run your PC without a CPU heatsink, then your computer will be shut down automatically. All advanced computer systems have an auto-shutdown feature; whenever a single component gets overheated, auto sensors switch off the whole system to save it from great disaster.

The CPU and other sensitive components are vulnerable to heat damage, so it is necessary to have a reliable heatsink for them. Without proper overheating protection, you risk the safety of your hardware. That is why a heatsink is the most important hardware for your computer.

How Long Can I Run a CPU Without a Heatsink?

You can only run your CPU without a heatsink for 20 to 30 seconds. When the temperature crosses 70°C, your computer will turn off automatically. Over-temperature of CPU causes this repulsive action to your computer sensors. These sensors cut off the complete power of your computer.

If you force your computer to run without a CPU heatsink, it will damage and destroy your CPU within seconds. It is because of the constantly rising temperature of the CPU. CPU components are a delegate to high heat and cause immediate malfunction.

Does CPU come with a heatsink?

Yes, most CPUs like Intel CPU chips Core i5 10th generation come with the heatsink and a fan in their box. You don’t even need to apply the thermal paste as it is pre-applied on the heatsink. Just install the CPU and set the heatsink on it. These heatsinks are designed for the Intel motherboards only.

What Are The Alternatives To CPU Heatsink?

Alternative methods for cooling high-power electronics include water cooling, phase change cooling, and thermoelectric coolers. However, these more advanced solutions are typically only used in specialized applications where extra cooling is necessary.

These extra coolers are mostly used during CPU overclocking. Overclocking is forcing the CPU to run at a higher speed than its rated clock speed. As a result, it increases the heat output of the CPU, which requires more cooling to maintain stability. Here are some of the alternatives to the CPU heatsink.

Water cooling is the most effective way to cool a high-power CPU. It works by circulating water around the CPU block to absorb heat. The water then passes through a radiator, is cooled, and returned to the CPU block. 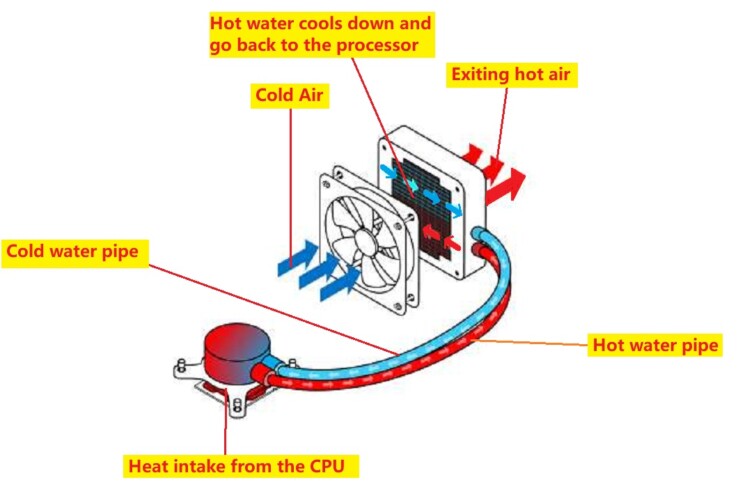 Phase change cooling is another method that can be used to cool high-power CPUs. In this method, a substance is changed from a liquid to a gas and back again. The state change absorbs heat, which cools the CPU. 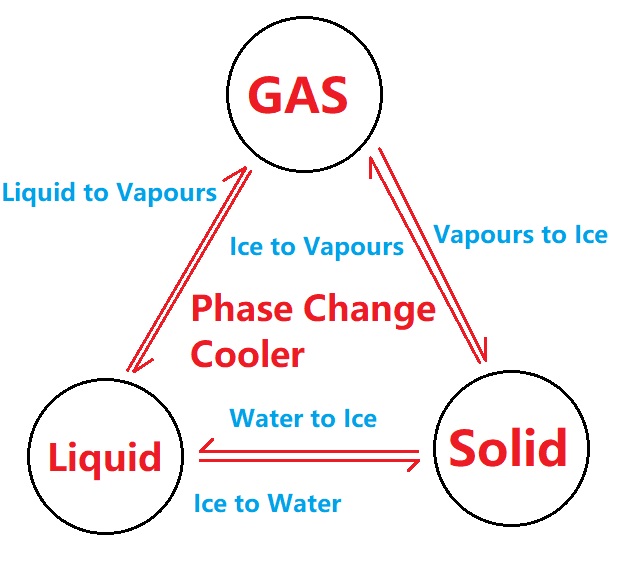 Thermoelectric coolers use the principles of electricity to move heat from one side of the device to the other. They are typically used in small applications, such as cooling computer chips. Thermoelectric coolers are not as efficient as other cooling methods, but they have the advantage of being smaller. 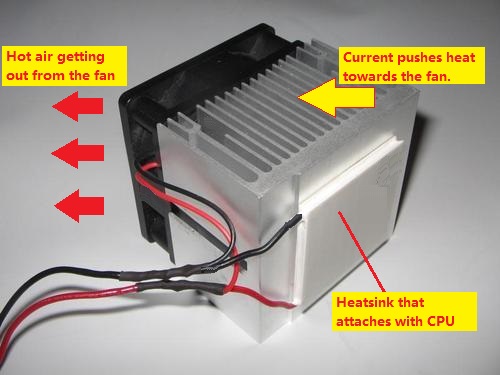 When Should I Replace My CPU Heatsink?

It is necessary to replace a heatsink if you are overclocking the CPU or if the heatsink is old or damaged. In overclocking, your CPU runs at the maximum speed and limits. Therefore, it causes the components to overheat quickly. If you are using an old rusty CPU heatsink, it will cause more damage.

CPU heatsinks are considered the most reliable metal components. It is because heatsinks are made up of heat-conducting Aluminum alloys. As a result, they do not get easily rusted or degraded. But if your heatsink is damaged or old, it may cause serious issues and damage your processor by trapping heat inside it.

Another common reason for replacing your CPU heatsink is if it becomes clogged with dust or other debris. When this happens, the heatsink can’t properly dissipate heat, leading to overheating and damage to your CPU.

If you notice that your CPU is running hotter than usual, it’s a good idea to check the condition of your heatsink. If it’s old or damaged, it’s time to replace it.

How To Chose a Best Heatsink for CPU?

First, always check the compatibility of the heatsink with your motherboard. Buying a non-compatible heatsink will be a waste as it won’t be able to cool down and dissipate heat or even fit on the board.

Larger heatsinks may be better able to dissipate heat from the CPU, but they will also take up more space inside your computer. Heavyweight heatsinks may contain more metal to store heat. They are also considered good for the CPUs.

3. Material of The Heatsink

Some materials work better at dissipating heat than others, such as aluminum or copper. Heatsinks with a higher thermal conductivity will remove heat more efficiently. So always consider heatsinks made of aluminum alloy.

4. Type and Number of Fans

If you are looking for improved airflow and cooling, you may consider a heatsink that includes one or more fans. In addition, some heatsinks will come with built-in temperature controls, so you can adjust the fan’s speed to better match your computing needs.

Here is the list of the top 5 best CPU heatsinks of 2022 with the most advanced cooling system.

This aluminum-based CoolerMaster heatsink is the best choice for your CPU. It comes with a Premium aluminum black color with six heatsink pipes of nickel. Two fans and one RAM clearance fan provide fast cooling and heat dissipation.

Gamer Storm Assassin III, a monster heatsink with dual fans and dual fan heatsinks, is an excellent heat killer. With seven heat pipes and these two fans, it provides supercooling to your CPU. The two-layered fan blades make it super fast to dissipate heat from the heatsink into the air.

If you love RGB fans, choose MasterAir MA410M for your CPU. It has a thermal detection sensor that senses the heat and regulates the fan speed. In addition, the short distance between the pipe and fan heatsinks makes it super efficient to throw heat outside.

The NH-U14S – Noctua is one of the most awarded CPU coolers. It is an international standard CPU heatsink with a fan. NH-U14S – Noctua comes 140mm fan with fully automatic fan speed controls. The fan has a slight aerodynamic design on the edges that allows them to throw more air and streamline the airflow.

Looking for performance and design in one place? CNPS 10X Performa Blackout is top of the list heatsink with fan. It comes with four-pin connectors and a low price of under $50. CNPS 10X Performa supports all Intel motherboards and AMD AM4 as it is a universal heatsink.

A heatsink is an essential part of your CPU as it is used to cool down the CPU during processing. Without a heatsink or a proper cooling system, you can’t run a CPU. Auto heat sensors automatically turn off the computer’s system without a heatsink or fan. There are some alternatives to CPU heatsinks, like the latest water or phase change coolers.

These are the best choice if you are overclocking your CPU. This article has described how you can buy the best-matched heatsink for your PC and the top 5 metal heatsinks available on the market.