Are you thinking of a PC upgrade but don’t know whether I need a CPU cooler if not overclocking. CPU coolers are the fans attached to a heatsink. They may be air coolers or liquid coolers. If you’re not overclocking, the CPU will generate less heat, and the fan that comes with it should be sufficient.

Overclocking means running the CPU at a faster speed than what it is certified for. It causes the CPU to generate more heat and thus requires better cooling solutions like aftermarket coolers. If you’re not into overclocking, then stock CPU coolers would suffice.

Whether you’re overclocking your CPU or not, you’ll need a CPU cooler. So, if you want to overclock your CPU to perform at its best while staying cool, then an aftermarket CPU cooler is a wise investment. Otherwise, you can just stick with the built-in stock coolers instead.

There are a few things to keep in mind when deciding whether or not you need a CPU cooler.

Aftermarket coolers are often noisy. If you’re not planning on overclocking, you likely won’t need a particularly powerful or noisy cooler. However, if you are going to be doing any sort of intense gaming or other CPU heating processes, you must use CPU coolers.

Always think about your budget and whether you need to buy or not an aftermarket CPU cooler. Aftermarket coolers can be quite expensive, so a stock cooler may be the way to go if you’re on a tight budget.

What Happens If You Run a CPU Without a Cooler?

If you run a CPU without a cooler, it will eventually overheat and may be damaged. Overheating is the major issue leading to performance loss and even damaging your CPU components. That’s why it’s important to have a good CPU cooler to help dissipate the heat generated by your CPU.

Without a CPU cooler, your computer will not be able to function properly. Your PC will run for approximately one minute, and then it will turn off automatically. The heat sensors don’t allow the PC to run over 80°C temperature. It turns off the whole system to protect the components from internal damage.

Internal damage to PC hardware leads to performance loss and sometimes hardware loss. That’s why always use proper and complete equipment with your PC system.

What are The Benefits of Using Aftermarket CPU Cooler Even if You’re Not Overclocking?

If you are not overclocking your CPU, then you don’t need to buy an aftermarket cooler. But in case you want to add some value to your computer, you can buy beautiful RGB or screen coolers. Your system requires constant cooling, better cooling results in better performance.

There are many benefits to using an aftermarket CPU cooler, even if your CPU is not overclocked.

Is There Any Risk If I am not using CPU Cooler for non-overclocked CPU?

Yes, you will face performance degradation and component failure if you are not using any CPU cooler with your CPU. It is because the CPU generates constant heat, which is necessary to dissipate. If it’s unable to dissipate heat, your component will be damaged severely.

Overclocking can lead to stability issues and damage your components if not done properly. That’s why it’s important to have a good CPU cooler to help dissipate the extra heat generated by overclocked components.

Stock Vs Aftermarket CPU Cooler – Which is Best?

How Can I Tell If My CPU Is Running Too Hot and Need a CPU Cooler?

You can tell that by using different methods like BIOS, checking CPU usage, and third-party applications. Here are a few things you can look for to see if your CPU is running too hot.

Check the BIOS or UEFI settings for your CPU. These settings will usually have an option to view the CPU temperature. If the temperature is above 80 degrees Celsius, you may need a better cooling solution. 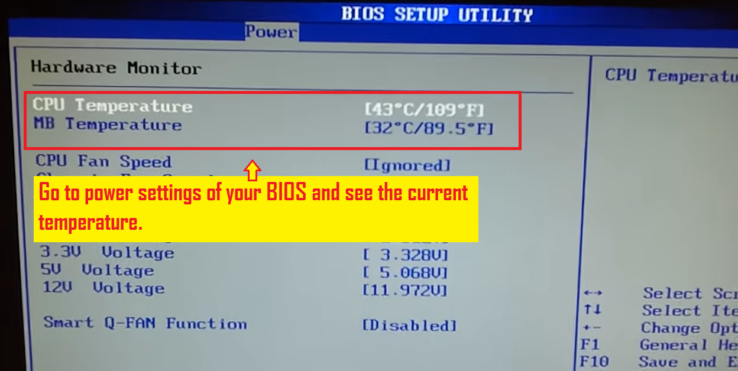 Check your CPU usage. If your CPU is constantly running at or near 100%, then it is likely generating a lot of heat. Third, check for stability issues. If your computer is crashing or applications are freezing, this could be a sign that your CPU is overheating. 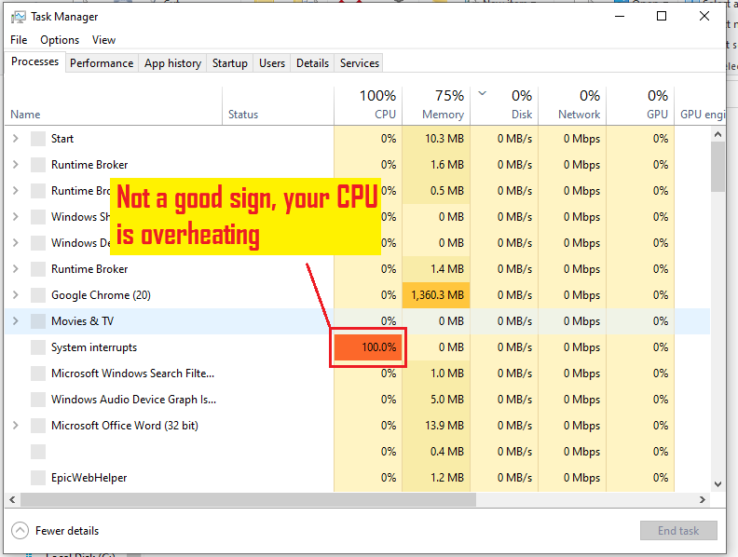 You can use third-party software like CPUz, CPU Temp monitor, Core temp, and Open Hardware Monitor. These programs will show you the temperature of your CPU in real-time. The average temperature range limit is 80 degrees Celcius. If the temperature is more than 80C, you must need a CPU cooler. 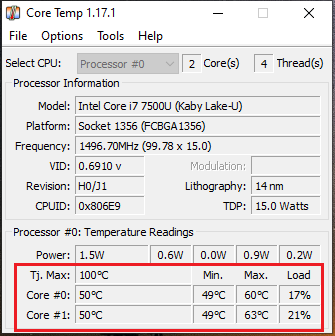 What to Look for When Buying the Right CPU Cooler?

When looking for a CPU cooler, there are several factors you need to consider:

When it comes to CPUs, cooling performance is important for two main reasons.

Several different factors can affect cooling performance, including the size and design of the cooler, the material it is made from, and the fan speed.

As a result, it is important to carefully consider these factors when choosing a CPU cooler. Then you can help to ensure that your CPU will stay cool and perform at its best.

A noisy CPU cooler can be a real annoyance, especially if you’re trying to work or play games in a quiet environment. Luckily, you can do a few things to make sure you buy a quiet CPU cooler.

The price of a CPU cooler can vary depending on several factors, including the brand, its features, and the cooling performance.

As a result, it is important to carefully consider your needs and budget before purchasing. You can help to ensure that you get the best possible value for your money.

Unfortunately, there are no hard and fast rules for choosing a CPU cooler with high thermal conductivity.

However, you can keep a few things in mind that will help you make the best decision for your needs.

Installing a CPU cooler can be a challenge, especially if you’re not familiar with the process.

As a result, it is important to choose an easy cooler to install. In addition, look for coolers that come with clear and concise instructions.

In addition, make sure that the cooler you choose is compatible with your CPU and motherboard. You can help to ensure that you don’t run into any problems during the installation process.

Is it worth it to overclock my CPU?

If you’re primarily a casual gamer, you probably won’t see a huge difference in performance. But if you’re a competitive gamer or use your PC for demanding tasks like video editing, overclocking can give you a significant advantage. Ultimately, it’s up to you to decide whether the benefits of overclocking are worth the risks.

What is a CPU Cooler?

A CPU cooler is a device that helps to dissipate the heat generated by your CPU. Doing so helps keep your system running at a stable temperature and prevents your components from being damaged by overheating.

Do CPUs come with coolers?

An aftermarket cooler is a CPU cooler that is not made by the same company that made your CPU. For example, if you have an Intel CPU, you could buy an aftermarket cooler from a company like Cooler Master or Corsair. These coolers are designed to dissipate more heat than the stock coolers.

Here are some aftermarket coolers that we recommend:

Stock Vs Aftermarket CPU Cooler – Which is Best?

How Does a CPU cooler work?

Water coolers work by circulating water over your CPU to help remove the heat. The water is in the leakproof pipes, and these pipes are attached to a pump. This pump helps to circulate water in the tubes. Finally, the hot water is cooled using a radiator.

Liquid cooling systems are similar to water coolers, but they use a liquid instead of water. These liquids may be Inhibited Glycol and Water Solutions. No matter which type of CPU cooler you choose, it is important to ensure that it is properly installed and compatible with your CPU.

For example, if you have a 3.0GHz processor, you could overclock it to 3.6GHz and see a performance increase. Either way, this results in the CPU running faster than it was designed to.

Now, you may be wondering, “Can I overclock my CPU?”

The answer to that question is yes, but it’s important to understand the risks involved before you decide to overclock your hardware. Here is the list of pros and cons when overclocking your CPU.

There’s only one good reason you should overclock your CPU: if you can’t afford to upgrade your current CPU to newer versions like AMD Ryzen 7 5800X3D or Intel Core i9-12900K.

So if you want the possibility of gaining a competitive edge in games, benchmarks, and professional applications which rely heavily on processor speed, then take the risk of overclocking your CPU. But be careful because of..

There are three potential risks when overclocking:

These could result in huge monetary costs if you’re not careful. In addition, overclocking voids any warranties attached to your CPU. So, the question is…