Gamers have always had a knack for going for the highest degree of visual fidelity. However, with it, they always tend to sacrifice a few frames here and there that can end up costing them in the long run.

When it comes to framerate and resolution, striking a balance is an absolute necessity, as going for anything different will tarnish your entire experience by a landslide. With that said, though, there are multiple metrics that can accentuate your overall video-gaming experience.

Does Lowering Resolution Give Better FPS? 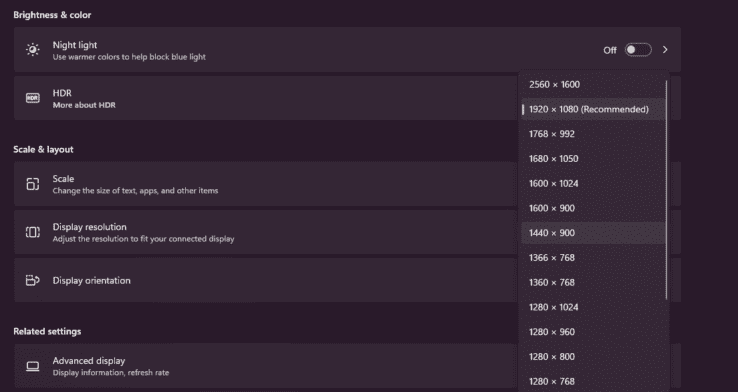 Yes, lowering your resolution will always result in better FPS. This is because your computer / graphics card will consume fewer resources on displaying more pixels which will allow frames to be rendered much quicker, increasing the number of frames that can be output in a second.

Keep in mind that if your computer is suffering from a bottleneck that is not GPU-bound, lowering your resolution will not affect your FPS until you sort it out. For example, if your CPU is the reason you have bad frames, changing any GPU-bound setting won’t make a difference whatsoever.

So, if you are faced with the conundrum of your frame rates not changing when you change your resolution, that’s a classic case of a bottleneck happening elsewhere. Most rigs generally have a GPU bottleneck. However, yours might differ depending on what configuration you have.

What Is The Best Resolution For FPS?

1080p is the best overall resolution for FPS. This is because it is a great mix of both performance and visuals. Unless you have a really big monitor and are viewing from an adequate distance, FHD will look fine and provide you with a stable frame rate.

To make things clearer, take a quick look at this table:

With this table, it is quite easy to identify that FHD still remains the most common resolution as most gamers either tend to have GPUs that can pump out an average amount of FPS at that resolution or, most gamers just simply do not care about the higher resolution and would instead trade that in for greater frame rates.

For example, you can have a 60-inch 1080p screen and a 24-inch 4K screen. With these two screens in mind, while the first one is larger since it has a lower resolution, it will always produce greater FPS than the second one when put in the same system.

But, you wouldn’t be wrong to presume that there is a connection between screen size and resolution. In fact, there’s quite a big one. As monitors grow larger and wider, resolution plays a huge role in maintaining clarity.

So, if you were to purchase a larger monitor, there’s a high chance that it won’t be at 1080p but would have a much greater native resolution? How great? That depends on what particular model you have chosen. If you want the greatest frame rates and are purchasing a new monitor, we recommend sticking to the 24-inch category.

High FPS generally plays greater importance in your overall gaming experience as compared to resolution. This is because even 1080p results in a clear visual image while playing a game at 30 FPS can feel choppy, especially when you are used to playing at higher frame rates.

Suppose you ever had the chance to decide between the two – getting higher frame rates than a higher resolution. In that case, you should definitely stick with better FPS. Sacrificing a bit of visual fidelity and trading it in for buttery smoothness is not a decision you’ll regret later on.

Does Upgrading To A Higher Resolution Monitor Reduce FPS?

Yes, since your GPU will now have to push more pixels, you will see a drastic reduction in FPS depending on how far you’ve jumped and how capable your graphics card is. You won’t notice much of a difference if you have an extremely powerful card.

Before you make a monitor upgrade, make sure to take a look at two particular factors. Firstly, its native refresh rate, and secondly – its resolution. Once you’ve figured that out, you should immediately look at some benchmarks for the games you wish to play online.

If your card produces decent FPS on those games at the native resolution of the monitor, you should upgrade. If not, you should think about upgrading other parts like your GPU before you take the leap.

Can I Run Lower Resolution Than Native On A Monitor For Better FPS?

Yes, you will be able to get much better FPS if you run on a lower resolution than the native resolution of your monitor. Since your GPU will be driving fewer pixels, it will lead to more frames being produced in a single timeframe.

Generally, though, while it does increase your FPS, we do not recommend running your monitor on a resolution other than its native recommended one. This is because you’ll notice a lot of blurriness and jagged edges when playing games as soon as you do.

So, while it may provide you with more frames, it will definitely hinder your gaming experience and may actually harm your gaming performance as you won’t be able to see things very clearly.

Using your monitor on a resolution lower than its native one does not harm it in any whatsoever. And, if you want to – you can keep doing it for as long as you want without voiding a warranty or causing any harm.

In fact, most CS:GO professionals tend to play the game at a 4:3 aspect ratio on their monitors since it allows them to see their opponents better. While this does not work for every game, you will see better FPS on all your titles!

Is A High-Resolution Important In Games?

No, a high resolution is not important in every game. Most games tend to look great in 1080p as well. For the ultimate gaming experience, though, a higher resolution may be necessary. But, you can still enjoy all your favorite games with a lower resolution.

In essence, a higher resolution in video games directly depends on what genre of games you are into. For example, if you are into story-based games and want to enjoy the greatest detail possible, going for high resolution makes sense.

The war between framerate and resolution is a long and daunting one. While we have picked aside, many of you may not agree with our side of the table. While yes, resolution may matter to someone more into storytelling games.

But, for most people, FPS still takes the cake in its importance as it dictates the fluidity of your experience. But, for certain – a higher resolution will always negatively affect your FPS.