If you are a gamer and want to increase the efficiency and performance of your Pc, you will always think about overclocking. But the question is does overclocking reduce lifespan? In this blog post, we’ll take a closer look at overclocking and its potential impact on our devices.

Overclocking is the process of speeding up a computer or other device beyond its original factory settings. This can be done to improve the performance of the device or to simply make it run faster than intended. Overclocking is often used by gamers who want to get the most out of their devices.

Yes, overclocking your CPU, GPU, or RAM significantly reduces its lifespan. Overclockers tend to push their hardware to its absolute limits, which can lead to premature failure. Additionally, overclocking generates heat, which can also shorten the lifespan of your components.

When you overclock, you’re essentially running your components at higher-than-intended speeds. This puts extra stress on the parts, which can lead to hardware failure.

Does Overclocking Reduce Life of CPU? Is It Safe in a Long Run?

Overclocking lowers the lifespan of the CPU by up to 50%. It’s because you’re using all of the components at their full capacity, including the extra components. For example, there are few extra cores in CPUs; they may only be used if at least one core deteriorates or burns out.

However, when overclocking is done, all of the cores become active simultaneously, leaving no extra core. This leads to permanent damage to your CPU.

The first thing you need to check is if your CPU is unlocked. An unlocked component means that it can be overclocked as they’ve been designed to run at higher speeds than the standard. All three hardware components have their own criteria to decide whether they can be overclocked or not.

The other way to know whether your CPU is overclockable or not is through its model. Search for the model of your on the manufacturer’s website whether it allows the overclocking or not. In CPUs if the CPU is of “K” series like i7 7700k, then it’s overclockable.

How long can CPU be Overclocked?

There is no hard rule that how far you can push your CPU. You can keep it for one month, a year, or even its whole life. But it isn’t safe to do, as CPU overclocking damages the components over time. Overclocking decreases the lifespan of your CPU and leads to permanent damage.

Overclocking is not a permanent feature, you can retrieve your CPU whenever you want. The best way to do it is by using BIOS or software like MSI Afterburn.

There are two ways to overclock a CPU: through the BIOS or software. We recommend using BIOS as it’s more stable and gives you more control.

To overclock your CPU through the BIOS, follow these steps: 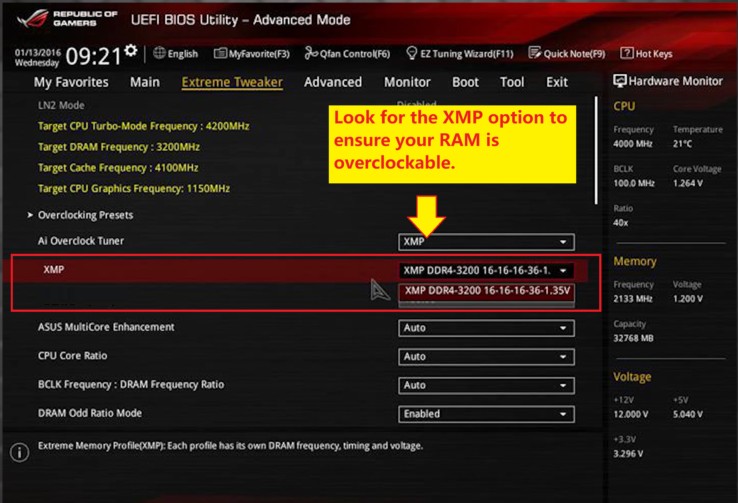 Does Overclocking Reduce Life of GPU? Is it Safe In a Long Run?

You can use software to overclock your GPU.  We recommend using MSI Afterburner as it’s easy to use and is compatible with most GPUs.

To overclock your GPU with MSI Afterburner, follow these steps: 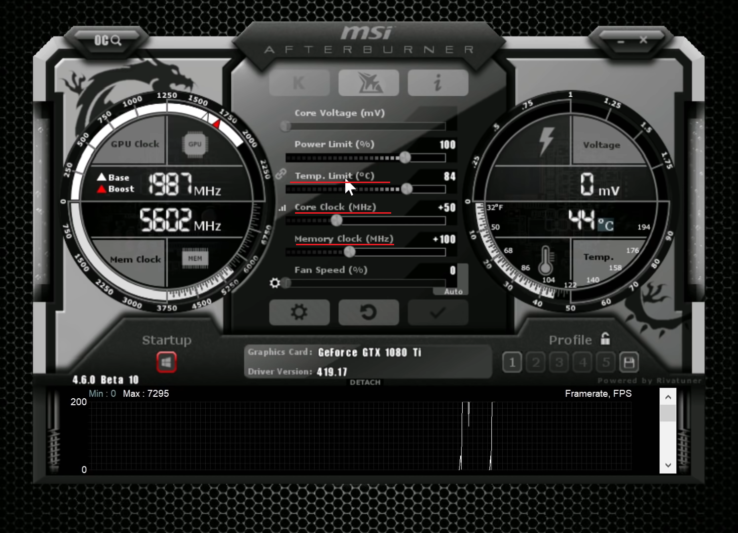 How long can GPU be Overclocked?

As overclocking reduces the GPU’s life, you can only use your GPU for 3 to 4 years. The average lifespan of GPU is seven years but it will be reduced. After that time, your GPU will be permanently damaged or dead. So try not to overclock your GPU or if you want to, use the precautions.

Does Overclocking Reduce Life of RAM? Is it Safe In a Long Run?

Yes, overclocking negatively affect the RAM’s life. It reduces the component life by up to 50% and damages the internal components. If you want to use your RAM in overclocked position, you can’t use it for the long run. RAM has 10 years of average lifespan, it will reduce to 5 years when overclocked.

If you are considering using overclocked RAM, then always try to use compatible equipment like a proper ventilation system and coolers. It will help the RAM to cool down by reducing the heat damage.

How long can RAM be Overclocked?

Like CPU and GPU, RAM also does not have any specific period of time. It depends on the quality of your RAM. You can overclock it as long as it bears the pressure. Overclocking causes instability in RAM and makes it unable to store temporary data which leads to permanent memory damage. 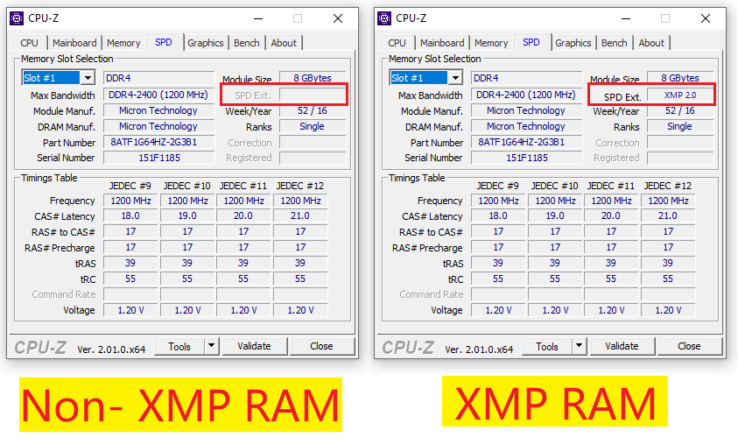 Can RAM overclock cause stuttering?

Yes, RAM overclocking causes stuttering. This is because when you overclock your RAM, it will be running at a higher speed than its rated speed. This can cause problems with game performance, as the extra speed can cause your system to become unstable.

If you are experiencing stuttering, it is recommended that you revert your RAM back to its default speed.

Does Overclocking Affect Motherboard In a Long Run?

Overclocking can definitely shorten the lifespan of your motherboard, but it isn’t necessarily going to kill it outright. If you’re careful with your overclocking and keep an eye on temps, you should be able to extend the life of your board significantly.

However, if you push your board too hard, you will undoubtedly shorten its lifespan. So, it’s important to be aware of the risks involved with overclocking before you decide to do it.

Here are some key factors that how overclocking affects the hardware and reduces its lifespan:

The biggest enemy of your computer’s hardware is heat and high temperature. Overclocking generates a tremendous amount of heat which causes component failure. When the components overheat, it starts to degrade the quality of the materials used, and over time it will cause physical damage.

Here is the brief table for each component and its low, moderate and maximum temperature limits.

Another factor that affects the lifespan of your CPU, GPU, or RAM is running it at its absolute limits. When you overclock, you are pushing your component to run faster than its intended speed. This causes unnecessary stress on the component and can lead to premature failure.

Both voltage fluctuations and heat often damage the CPU cores during overclocking. If your CPU is weak, you won’t be able to handle the stress of overclocking. Also, all Cores will be affected over time, and the CPU will cause a bottleneck and start underperforming.

Here’s our guide on how you can check and troubleshoot the underperforming CPU, GPU, and RAM of your PC.

Overclocking is safe for RAM if it is compatible with it. But using an incompatible RAM is a mistake. Overclocking will reduce the stability of RAM, and it won’t be able to store any temporary files. In addition, sometimes such RAMs causes other issues like unusable RAM errors or memory failure error.

Precautions To Use When Overclocking CPU, GPU & RAM:

Overclocking is a risky process but you can use some safety precautions to do it. Here are some precautions you can follow during or before overclocking.

One way to help prolong the life of your overclocked components is to use the best quality cooling solutions. For example, a good CPU cooler can help keep your processor from overheating, while proper case ventilation can help prevent your graphics card and RAM.

It’s important to take things slowly when overclocking. Start with small overclocks and gradually increase the clock speed until you reach the desired results. Pushing your hardware too hard too fast is a surefire way to shorten its lifespan.

It’s important to keep your components clean. For example, dusty fans or coolers may cause inappropriate ventilation, ultimately leading to high temperatures.

How Much Does Overclocking Help?

Even though overclocking reduces the lifespan of your hardware, there are some benefits to it. Overclocking is best if you are a gamer or do heavy tasks like video editing, as it can help you achieve better performance. Here are some significant plus points of overclocking:

Overclocking can increase the performance of your PC by 5 to 10%. In addition, it makes your PC more efficient and responsive to tasks.

It can also help you to achieve better results in benchmarks and gaming. Overclocking increases the frames per second (FPS) while rendering, which greatly benefits gaming.

Yes, overclocking does save your Money as you don’t have to buy new hardware like CPU, GPU, or RAM with higher specs when you can boost the previous one.

Overclocking is a process in which you run your hardware components at their full capacity. Manufacturers always set new hardware according to their specific clocks. When you overclock, you essentially force the component to run outside of those safe parameters, which results in fatal damage to the components.

Do APU And GPU Work Together? Answered & Explained

Will Overclocking Damage The GPU? Does It Reduce Lifespan?

Do I Plug My Monitor To My GPU Or Motherboard?

How Do I know if my GPU is Getting Enough Power?

Why Do GPU Only Have 1 HDMI? Answered & Explained!