Both RGB and ARGB headers connect the RGB LEDs or fans. They have 12v and 5v output that supports all RGB and ARGB devices. These 4-pin headers control both the fan speed and LED brightness. The latest motherboards have at least one RGB header, but there are a few that don’t.

How do I know if my motherboard has an RGB header or not?

You can find the RGB header information in the user manual. If you’re looking at the manual that came with your motherboard, you’ll want to look for a section that mentions RGB headers. You can find this section near the CPU and memory slots section.

Where Does RGB Header Go On Motherboard?

RGB headers are on most of the gaming motherboards. After their introduction in 2016, RGB headers became an essential part of the motherboard. All manufacturers are adding this component to their motherboards regardless of motherboard type.

In the case of three to four RGB headers, the two connectors are located at the edge of the motherboard, while one is located near the CPU fan. This one separate header is placed to facilitate the external fan connections or other RGB connections. 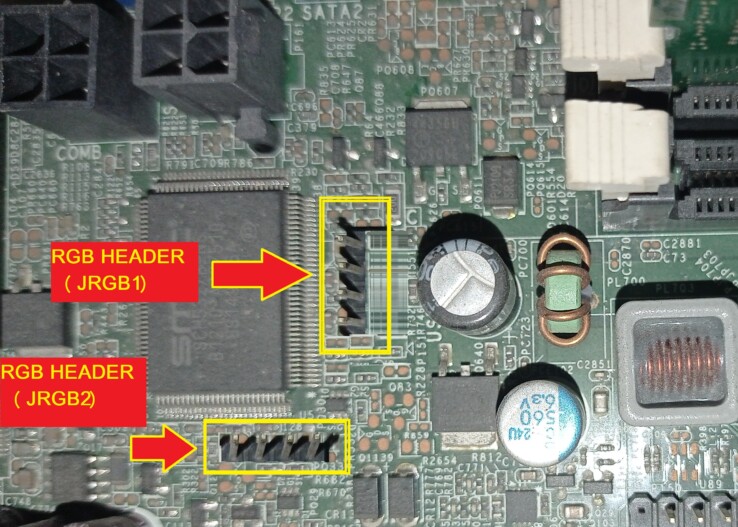 How Many RGB Headers Do A Motherboard Have?

A motherboard has two RGB headers, each of which can control a single light strip or an RGB fan. Some higher-end motherboards may have three or four RGB headers. All of them allow absolute power and data transfer to RGB devices. Check your motherboard’s specifications to see how many it has.

RGB splitters divide the signal from a single header into multiple outputs, so you can connect as many light strips as you want. However, each light strip will still be controlled as a single unit, so you won’t be able to customize the colors or effects for each one individually.

When shopping for an RGB controller or splitter, check compatibility with your motherboard and light strips and the number of connections they provide.

What Do I Do If My Motherboard Doesn’t Have An RGB Header?

If your motherboard doesn’t have an RGB header, you can still use RGB lighting by connecting it directly to the power supply. You’ll need to purchase an RGB controller, which will allow you to control the lights. They can easily fit into your PC case and are remote-controlled.

Alternatively, some RGB fans come with their controller. If your fan has a 4-pin connector, it’s likely that it has its controller. You can also check the product description to see if a fan includes a controller. Follow these steps to connect the RGB controller with your motherboard: 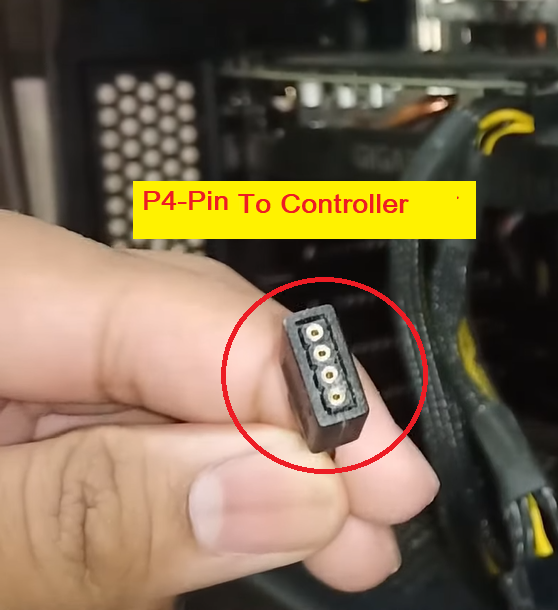 Can You Plug Fan Into RGB Header?

You can plug a fan into an RGB header. Most fans come with an RGB controller these days that allow you to control the light colors and effects. Make sure your motherboard has an RGB header before purchasing a fan, though. You’ll also need to check that the fan is compatible with your motherboard’s model.

RGB header provides 12 volts output. You can use a customized four-pin fan on these headers. These headers are designed to supply current and transfer specific RGB coloring data. That is why they support all kinds of fans.

Will RGB Fans Work Without An RGB Header On Motherboard?

RGB fans require an RGB header in order to function correctly. Without an RGB header, the fan will not be able to display any colors and will likely just at a solid white color. The RGB controller remote will also be unable to work as there is no data port on the motherboard.

The second best way to use RGB fans without a header is with a controller. The controller will allow you to control the data transfer like colors and color intensity. In this case, you only have to connect your RGB fan with a simple fan header or with a power supply cable through the converter.

Can We Replace RGB Headers On Motherboard?

Yes, you can replace the RGB headers on your motherboard. You will need to buy new compatible header pins for this purpose. There are two types of headers one is the 4-pin RGB header, and the other one is the 3-pin ARGB header. If you accidentally break either header, it can be replaced.

Here is how you can do it:

How Do I Set Up RGB And ARGB Headers?

It’s easy to set up RGB fans or ARGB LEDs to RGB headers. You just have to locate the RGB and ARGB headers on the motherboard and plug in the RGB fan or led. Be careful about the voltage. Always connect the fan or LEDs on the bases of voltage. If you are still confused, then follow this simple guide:

How To Connect 12v RGB Fan Or Led:

How To Connect 5v ARGB Fan Or Led:

What Motherboards Have RGB Headers?

Since 2016, there have been considerable advancements in the RGB industry. You can find RGB headers in every latest motherboard. RGB headers were first introduced in motherboards in 2016. Before that, motherboards did not have them.

Here is a list of the best RGB motherboards:

ROG is a sub-brand dedicated to gamers. It represents the Republic of Gamers, a virtual nation where gaming is the top priority. The ROG brand includes various products, including motherboards, graphics cards, laptops, desktops, and peripherals. This board has two RGB header connections on it.

Due to its RGB headers, MSI MPG Z490 is also known as an RGB motherboard. It has 3x RGB headers on the motherboard. It supports up to four (4) RGB devices with four RGB headers. MPG Z400 has separate header ports for ARGB. You can control the color effect using Mystic Light RGB Gaming PC software.

Gigabyte z390 Aorus amazingly have 5 RGB headers on its motherboard. It also has fusion2.0 with Multi-Zone LED Light Show Design, Supports Addressable LED & RGB LED Strips. It allows you to connect up to 5 RGB devices. In addition, you can use Gigabyte RGB Fusion to customize colors.

This motherboard has 3 RGB headers. Additionally, a 3-pin 5V Polychrome RGB connector is provided, allowing individual RGB lights to be addressed. This gaming motherboard also supports RGB sync. You have to download ASRock RGB Sync to customize your RGB lights.

RGB headers are present on every motherboard these days. You can use them to connect RGB devices such as fans and light strips. If your motherboard doesn’t have enough headers for all of your RGB devices, you can use a controller or an RGB splitter to expand the number of available headers. In case you accidentally break the header, it can be replaced with a new one.