Is it worth upgrading RAM? The average computer user probably doesn’t need more than 8GB of RAM. However, if you are a power user or gamer, you might need up to 16GB or more. Upgrading your RAM is usually pretty straightforward. First, you need to buy some new RAM modules and then install them on your computer.

If you care about having the fastest and most responsive computer possible, upgrading your RAM is good. More RAM can help your computer run faster and smoother, especially if you run resource-intensive applications or games.

Is It Worth Upgrading RAM?

YES, upgrading your RAM will make your computer faster. It’s one of the most popular and effective ways to improve performance on any computer. For example, if you currently have 4GB of RAM, upgrading to 8GB will make a big difference. Your computer will be much more responsive and snappier.

If you’re a power user or gamer, you might need even more than 8GB of RAM. Upgrading to 16GB of RAM will give you an even bigger boost in performance. Your computer will be able to handle more demanding tasks without any slowdown. Here are some benefits of upgrading your RAM:

One of the biggest benefits of upgrading your RAM is that it can significantly improve the speed and performance of your computer. For example, if you currently have 4GB of RAM, upgrading to 8GB will make a big difference. As a result, your computer will be much more efficient and fast.

In addition, you’ll be able to run more programs simultaneously without any slowdown. As more RAM is beneficial for multitasking.

Another great benefit of upgrading your RAM is that it can improve your multitasking capabilities. If you like to have multiple programs open simultaneously, upgrading to 8GB or even 16GB of RAM will make a big difference. You’ll be able to switch between programs more quickly and smoothly without any slowdown.

If you’re a gamer, upgrading your RAM is a great way to improve your gaming performance. Games are becoming more and more demanding, so having 8GB or 16GB RAM will boost your gaming experience. In addition, you’ll be able to play the latest games without any slowdown or stuttering. 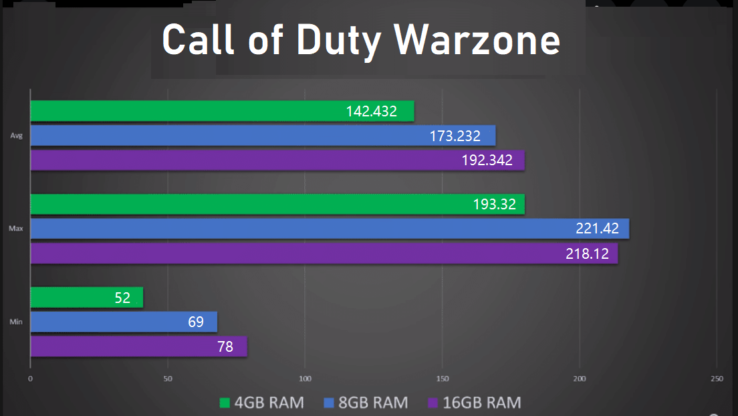 One of the benefits of a RAM upgrade is that it can help reduce your computer’s boot time. If you have a lot of programs and files installed on your computer, it can take a while to boot up. Upgrading your RAM will help your computer boot up faster so you can get started using it sooner.

Another great reason to upgrade your RAM is that it can future-proof your computer. If you’re planning on keeping your computer for a few years, upgrading to 8GB or 16GB of RAM will ensure that it can still handle modern applications and games a few years down the line.

6. Increased Value of Your Computer

If you ever decide to sell your computer, having more RAM will increase its value. Most people are looking for a computer with at least 8GB of RAM these days, so if your computer has 4GB or less, it might

Is It Worth Upgrading RAM from 4GB to 8GB?

YES, upgrading from 4GB to 8GB of RAM will increase your computer’s performance. If you are a multitasker and use multiple programs simultaneously, upgrading your RAM is the best option. However, there are many performance differences between 4GB and 8GB RAM.

An 8GB RAM has more frequency, cache, and stability than a 4GB RAM. As a result, it can enhance overall performance, including multitasking and rendering. These two aspects of 8GB RAM make it much better than a 4GB RAM module.

How Much Faster Is 8GB RAM than 4GB?

An 8GB RAM is 5% faster than the 4GB RAM. It has many other differences that make it faster than 4GB. The minimum frequency of an 8GB DDR4 RAM is 2400MHz, which is two times faster than an average 4GB RAM. An 8GB RAM also has a higher data transfer rate than a 4GB RAM.

The difference between DDRs also defines the performance of your RAM. For example, the DDR4 RAM is faster than the DDR3 RAM. It is because it has a higher frequency and consumes less power than the DDR3.

Is 8GB RAM Enough For Gaming?

8GB RAM is considered ideal for gaming. The average recommended RAM for gaming laptops or computers is 8GB. However, if you are a heavy multitasker, we recommend getting 16GB RAM. Gaming requires a lot of resources, and if you are using other programs while gaming, more RAM will help.

The minimum requirement for most games like Call of duty, Fortnite, Halo Infinity, and many more is 8GB. But if you want maximum control, graphics, and rendering, use at least 12 or 16GBs of RAM for gaming. RAM directly impacts the FPS of your games, more RAM means more stable FPS.

Is 8GB RAM Enough For Streaming?

Yes, 8GB RAM is enough for streaming. Streaming requires a lot of resources, and if you are using other programs while streaming, more RAM will help. In addition, streaming is a multi-application process that requires multitasking; more RAM means more cache storage, leading to smooth streaming.

Most gamers recommend using a minimum of 8 GB of RAM if you want to play games and stream simultaneously. But for the maximum value, you can use up to 32GB of RAM. But, of course, it also depends on your motherboard’s compatibility, whether it’s compatible to support higher RAM or not.

Can You Use 4Gb and 8GB RAM Together?

Yes, you can use both RAMs simultaneously if they have similar DDR. You can not combine RAMs with different DDRs like DDR2 and DDR4. It is because both DDRs have different socket types on your motherboard. Using both rams will boost the performance of your PC.

The benefit of utilizing two different-sized RAM sticks is that they enable you to take advantage of what is known as “dual channel memory.”A dual channel enhances the performance of your PC.

Dual channel memory essentially means that your system will be able to access both RAM sticks simultaneously rather than having to alternate between the two. As a result, it can significantly boost your system’s overall performance. 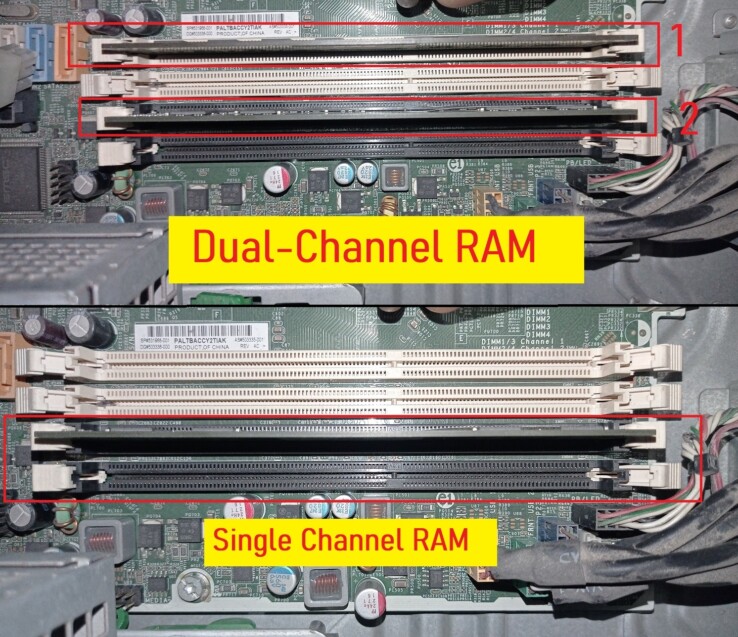 Is It worth upgrading RAM from 8GB To 16GB?

YES, upgrading your RAM causes a significant performance boost in your PC. If you are a streamer, gamer, or power user, upgrading your RAM from 8GB to 16GB is worth it. Having more RAM will allow you to have more programs open simultaneously and run them faster.

Both RAMs have their frequencies and cache sizes. 16GB RAM has more cache memory than 8GB RAM, which means it can perform more tasks simultaneously.

How Much Faster is 16GB RAM than 8GB?

16 RAMs are DDR4 and DDR5 RAMs. Unfortunately, they are not compatible with each other. DDR5 is the latest standard and is twice as fast as DDR4. In addition, it has a higher data transfer rate and lower power consumption.

Is It Worth Upgrading RAM from 8GB to 16GB for Gaming?

Yes, it’s beneficial to upgrade RAM from 8GB to 16GB. RAM gives power boot to your games and tasks. More RAM means more performance. RAM increases the FPS and stabilizes the rendering, crucial for gaming. Of course, it also depends on the game you are playing.

Here are some benefits of using 16GB RAM instead of 8GB for gaming:

So, if you are a hardcore gamer and want to get the most out of your gaming PC, then upgrading from 8GB to 16GB RAM is worth it.

Is 16GB RAM Enough For Streaming?

Yes, RAM from 12GB to 16GB is ideal for streaming purposes. As most streamers do multitask while streaming, like playing games. 16GB is the best RAM configuration to do such extensive power tasks. These tasks require more cache and memory to run at the same time.

These factors make it ideal for gaming laptops, workstations, and other demanding applications. In addition, with its increased speed and efficiency, DDR4 is the clear choice for anyone looking to upgrade their system’s memory.

If you’re a gamer, video editor, or use other memory-intensive programs, upgrading to the next level of RAM will provide a noticeable performance boost. However, if you’re browsing the web and checking email, you may not see as much improvement with more than 8GB of RAM. So ultimately, it’s up to you to decide whether the cost of upgrading is worth the benefits.