When it comes to overclocking your CPU the most important thing is to ensure that your GPU usage and FPS stay high even after overclocking. But if you are still wondering why I have lower GPU usage & lower FPS after CPU overclocking? Then we have its solution.

FPS (Frames per second) are the frame rate at which the images are captured during gaming. This frame rate completely depends on your CPU, GPU, and RAM performance. In the gamer’s world, overclocking is the key to gaining extra FPS in games. That’s why most gamers prefer overclocking over a new purchase.

Why I have Lower GPU Usage & Lower FPS After CPU Overclocking?

It is because the boost clock of your graphics card is linked to the speed of your processor. So, if you overclock your CPU and don’t increase the power limit of your graphics card, the GPU will run at a lower clock speed and won’t be able to perform as well as it could.

To fix this, all you need to do is increase the power limit of your graphics card. You can do it from your BIOS or third-party software like MSI Afterburner. Once you’ve increased the power limit, your GPU usage and FPS should also boost up as GPU is getting maximum voltage to perform best.

When you overclock your CPU, it requires an extra voltage. It withdraws the voltage from PSU, resulting in voltage fluctuation in GPU and other components. You might not have applied enough voltage to the CPU in another case. Both CPU and GPU need proper voltage to perform maximum when overclocked.

Check your CPU voltage settings in the BIOS and ensure it is set to the correct value. You can also use third-party applications like Intel Extreme Tuning Utility or MSI Afterburner to change the voltage. 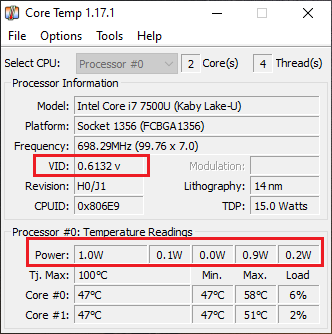 During overclocking, CPU and GPU get overheated, leading to performance degradation. Check the temperatures of your CPU and GPU to make sure it is not running too hot. And if they are, try to speed up the CPU and GPU fans. We can also use an aftermarket cooler for overclocking, best for CPU cooling.

Your CPU might be overclock throttling. Your CPU is automatically reducing its clock speed to prevent damage from overheating. You can disable this feature in the BIOS, but it is not recommended unless you are sure that your CPU can handle the extra heat you have. 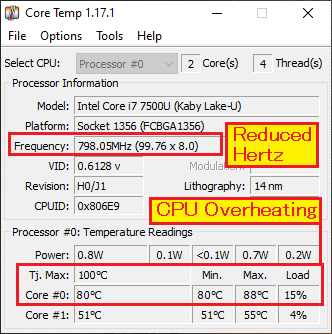 Your CPU can bottleneck your GPU and reduce its performance. It is because the CPU can only process limited information at a time. So if the CPU is not fast enough, it will hold back the GPU. You can tell if your CPU is a bottleneck by viewing the CPU usage from the task manager. 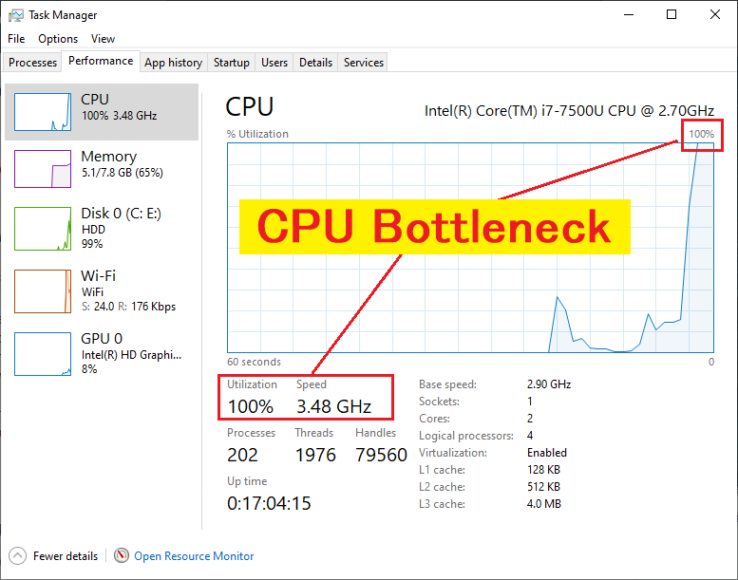 If you use incompatible RAM, it can cause issues with your CPU and GPU. Incompatible or slow RAM causes most problems for your GPU and CPU. It causes the RAM bottleneck that affects the GPU performance directly. Ensure you are using the correct type of RAM for your motherboard and CPU. 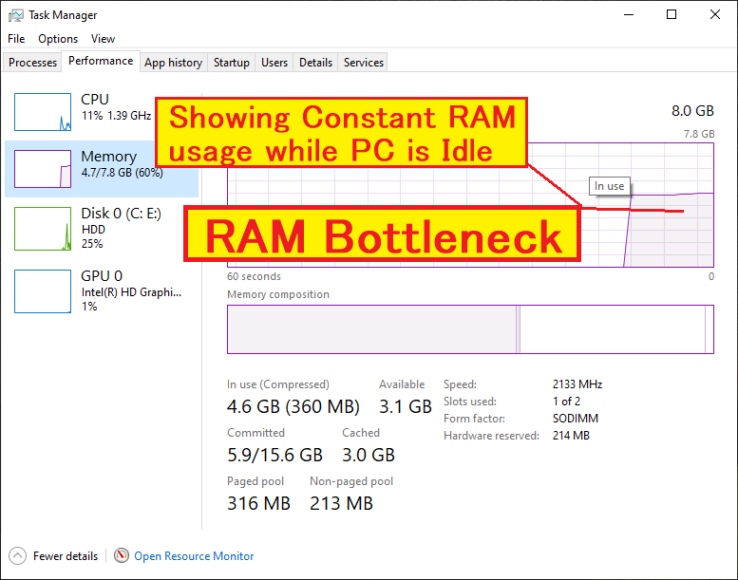 If you have bought a used GPU, maybe it is modded according to the previous system. So you have to reset it t the default settings to overclock or get performance according to your PC. Resetting will default the previously modded BIOS. You can use overclocking applications for that purpose.

Overclocking your CPU can positively affect your GPU performance and FPS. While it may not be a huge increase, it is noticeable and can help give you the edge you need in games. So if you’re looking to get the most out of your gaming setup, overclocking both your CPU and GPU is a good idea.

If you are overclocking your CPU, you are enabling more cores and increasing the CPU frequency. No doubt it affects all the hardware components, including GPU. It gives a more fast and more efficient performance. So, the response rate of CPU towards GPU also increases, resulting in FPS and rendering improvement.

To avoid the negative effects of CPU overclocking, use the recommended settings, hertz, equipment, and voltage. Any changes in these settings may cause damage to your CPU, leading to performance degradation. 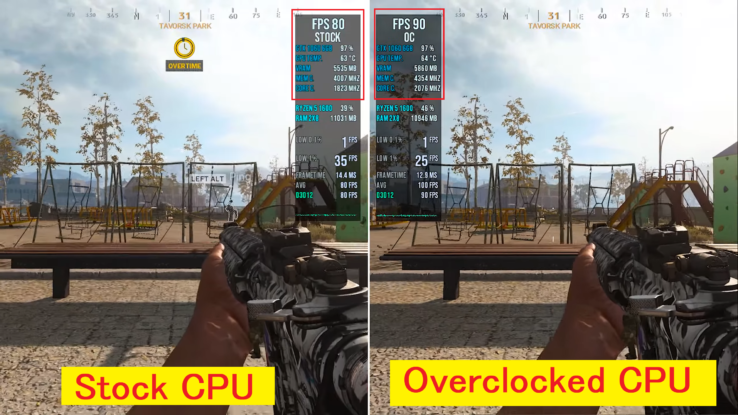 Why Is My GPU on Low Usage But also Has Low FPS?

It is because, on low usage, your GPU will also show low performance as both are interlinked. FPS is increased if your GPU is giving maximum performance even after overclocking. Rendering and FPS depend on the GPU’s overall output; thus decrease in GPU performance leads to a low FPS rate.

Here are some tips to avoid low GPU usage and FPS:

Make sure that your graphics drivers are up to date. If you are still experiencing low GPU usage and low FPS, then it is possible that your GPU drivers are outdated and not supporting the overclocking very well. 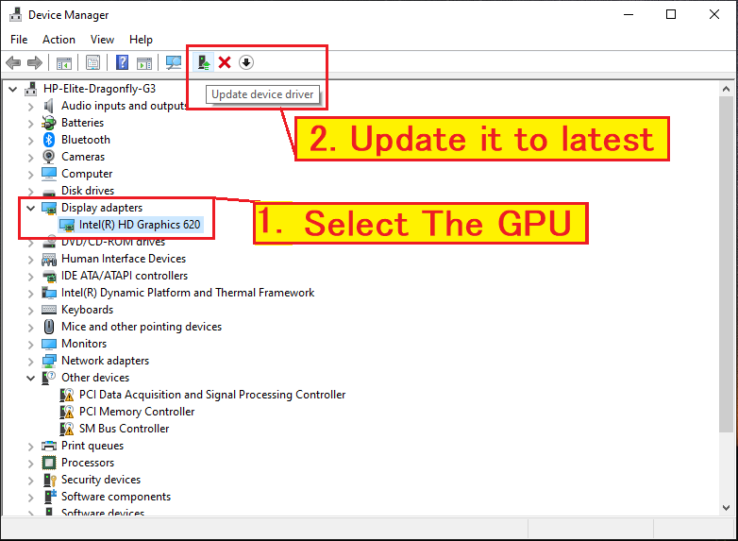 If you feel that your GPU cannot give maximum output even after overclocking, then try turning down the graphics settings in your game to see if this improves your FPS. If not, then you may need to upgrade your GPU.

Like the CPU, GPU also overheats or throttles. This overheating is the major cause of FPS drop or fluctuation during gaming or rendering. If your GPU is getting too hot, it will throttle itself down to try and stay within safe temperature limits.

If you are still having problems, then there may be something wrong with your GPU. First, try running a diagnostic tool like Furmark to see if your GPU is functioning properly. If you get any errors or artifacts, your GPU is most likely defective and will need to be replaced.

How To Increase Lower FPS After CPU Overclocking?

You can use techniques including enabling game mode, lower resolution settings, changing game settings, and removing excessive files and bloatware. Here’s how you can do that:

The game mode is a built-in feature in Windows 10 that allows your system to focus its resources on games. Windows 10 will optimize your PC for gaming when you enable game mode by turning off some features that might cause lag or reduce FPS.

Even after CPU overclocking, if you have noticed no change in the FPS, your GPU is not powerful enough to bear the pressure. But there is still an option to increase your FPS, and it’s changing the in-game settings.

Excessive files are files that are no longer needed but are taking up space on your computer. While you can safely delete some files, others may be important system files that you should not touch. To remove excessive files:

Overclocking your CPU can positively affect your GPU performance and FPS. While it may not be a huge increase, it is definitely noticeable and can help give you the edge you need in games. So if you’re looking to get the most out of your gaming setup, overclocking both your CPU and GPU is a good idea. However, if you are only looking to improve your FPS, overclocking your GPU is the best way. The GPU is responsible for rendering the game images, and it benefits most from a higher clock speed.