Improvement in computer performance has always been the main focus of researchers. Overclocking technique is generally used by Gamers; they are the most demanding users. The overclocking of the computer is done on the parts such as the processor, RAM graphic cards, and motherboard chipsets.

The complex process of increasing the component’s clock rate that causes it to perform more operations per second is known as overclocking. In simple words, Overclocking is the process of increasing the frequency/pulses at which your memory (RAM) sends information to the motherboard per second. As a result, it drastically improves the speed of your computer or laptop.

Can You Overclock RAM Without Using BIOS and How?

It is possible to overclock RAM without using the BIOS. You can replace the BIOS with other software, such as Cam NZXT or XMP, that gives you easy access to tweak the speed of RAM. It can be a risky process if you do not have any experience! Don’t worry, we have got your back.

The computer’s clock speed is increased by overclocking to improve the system’s efficiency. In addition, it can extend the useful life of the overclocked component mostly by assisting it to keep up with the increasing demands in software requirements.

Overclocking forces a computer to operate faster than the manufacturer’s clock frequency limit. As a result, Overclocking gives a significant performance uplift even at moderate settings. As a result, it benefits those users who play many intensive games or deal with heavy software.

Benefits of Overclocking the RAM

Overclocking RAM leads to many benefits that help you to boost your overall computer’s performance. It also helps to stabilize the system and gives you more cache storage. As RAM is responsible to run applications and system files,  you will see a tremendous boos in app launch and working.

The components of the desktop communicate at a specific rate with each other; by increasing this rate, the speed can be improved at which it processes data. As a result, the applications respond much faster, and the programs will open at high speed with fast processing.

But more power means more heat. Higher temperature is a natural consequence that occurs while overclocking, but it can be managed by using its counter condition, that is, the addition of the exhaust PC fans.

So, it is advised to couple the setup with a high-performance cooling system. The temperature increase as a result of the voltage increase. So, increasing voltage to overclock should be the last resort, and do it slowly and carefully while controlling temperature. Above 70 degrees Celsius is not considered safe, so invest in an efficient cooling system.

How to combat risks?

No doubt that overclocking is one of the best possible way to get instant performance boost but is also have many risks. Such as high temperature due to extremely high voltage, dead blue screen, data loss, unstableness, etc.

Overclocking any device means you are running it beyond the pre-configured factory settings. It’s a popular way to boost the system’s performance, but it comes with risks. Therefore, it is important to test your settings to have stable overlocked RAM or computer and click save after entering the required speed in the XMP profile, along with increasing voltages, timings, and cooling.

Overclocking is a complex technique, and even professionals can get it wrong while doing it. The main rule is to not overclock the RAM too much. Handling voltage is difficult and can damage RAM if you go overboard with it.

You can also consider leaving RAM at its default speed if you are not confident with the outcome. Furthermore, RAMs are not expensive nowadays, so it might not be a big deal for some people.

Due to the component of the system forcibly running at high speed and more power, a lot of heat will be generated, which can destroy it. But you can extend lifespan with proper cooling. So prevent overheating to increase the component/s lifespan.

Why Overclock the RAM?

It is rather easy to overclock RAM than overclocking the computer processor or BCLK. However, it is a free way to enhance and sky-rocket the performance of your laptop or computer. By doing this, you can even be able to unlock new hidden features in the motherboard. 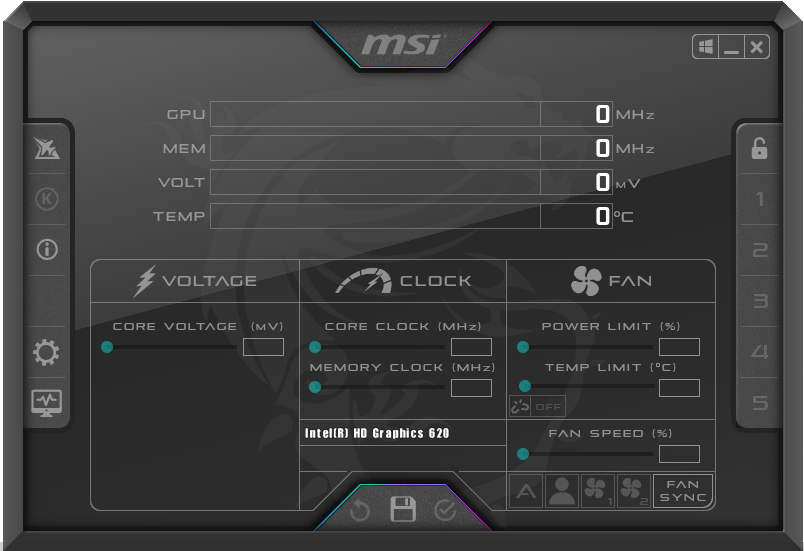 Overclocking is a complex process, but overclocking RAM is easy to perform. It is a tweaking that forces the speed of the component to run faster than its manufacturer intended it to run. As a result, it can be a great way to improve the performance of your system.

It gives you that extra boost you need the most by increasing the clock rate. If it is done properly while keeping the important factors in mind, it proves to be a great way to increase the machine’s overall performance.

Yes, you can do the overclocking of RAM without using BIOS. You can replace the BIOS with other software, such as Cam NZXT or XMP, that gives you easy access to tweak the speed of RAM. However, it can be a risky process if you do not have any experience! 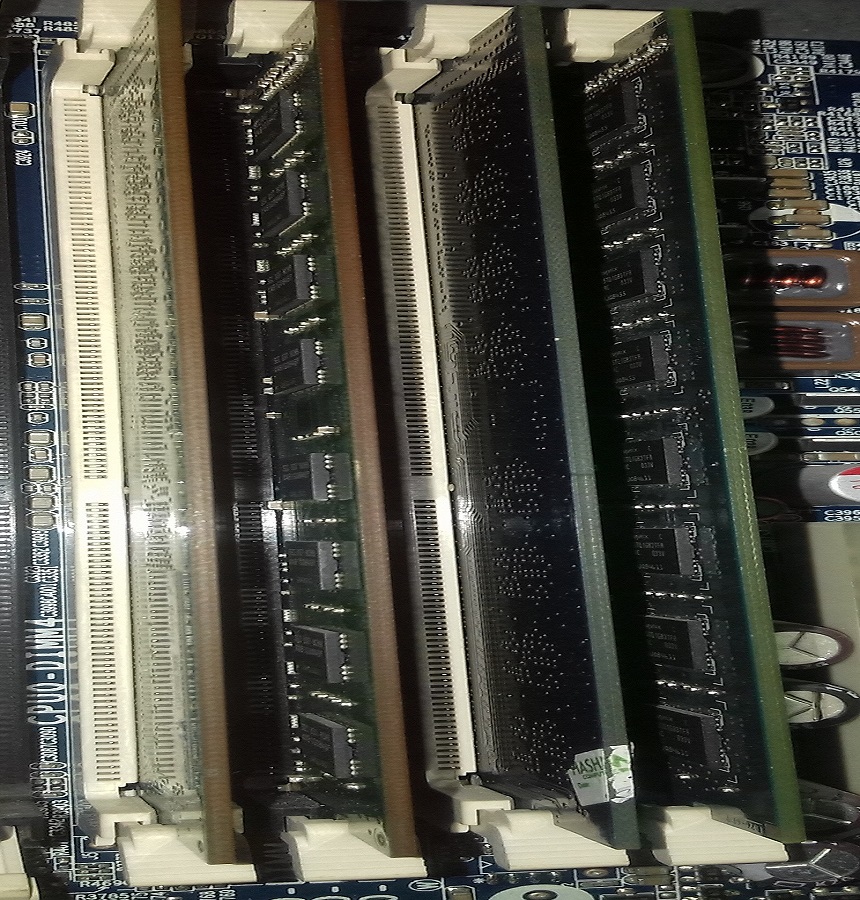 This article will also explain the technical terminologies that come this way. Let’s see how to do it while being cautious without further ado.

How To Overclock RAM Without Using BIOS?

The overclocking of RAM without BIOS can only be done if the motherboard has an unlocked multiplier.BIOS is a non-volatile firmware that provides runtime services for the operating system and does hardware initialization during booting.

The BIOS comes pre-installed on the PC system board and is the first software to run when powered on. At the same time, a multiplier (core ratio) or memory divider is the ratio between the RAM’S clock speed and the frequency of the user’s motherboard chipset known as BCLK (the current clock at which the CPU is running at the moment).

Overclocking the RAM without BIOS is rather simple. Few tools and software are needed to get it started. You can modify the frequency and timing or voltage, also known as core voltage. As mentioned earlier, an unlocked multiplier is also needed. It can instantly get the RAM running at its full potential.

For RAM, you can usually enable XMP profiles in your UEFI/BIOS firmware to get started. Then, after making the necessary changes, boot into Windows and open up the overclocking software of your choice. You can increase clock speeds and voltages as needed to reach your required level of performance.

Firstly, check the current speed of the RAM in the memory tab by opening the task manager and clicking the performance tab. It is the first step to take while overclocking. 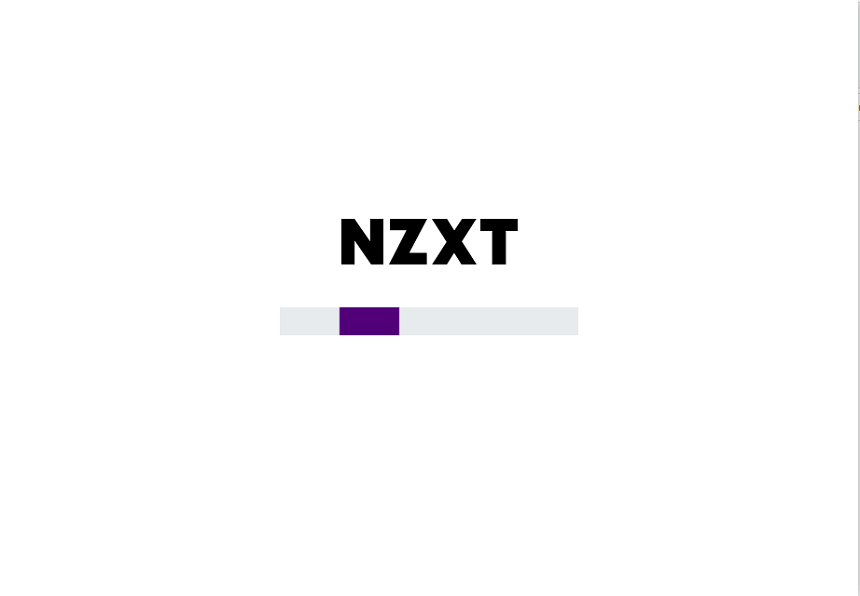 First of all, Backup all of your files in case something unexpected happens so that you can at least retrieve all of your data. Second, overclocking needs power to occur, which is supplied by increasing the voltage of your RAM.

You can increase the memory controller voltage, called VTT or DRAM voltage. Open the settings of the motherboard menu and navigate to the “Advanced CPU configuration” or “Memory Voltage Control,” and select make changes. It is preferred to do it slowly along.

Then change the timings of the RAM module. It is also known as CAS latency that how quickly data can be accessed from memory. By doing this, it is ensured that the timings can keep up with the increased speed of the processor.

The motherboard’s menu setting can be found under “Advanced Memory Settings.” Next, you must change the first four timings, TCL-tRCD -TRP-tRAS, to their fastest possible value but remain stable. Lower latencies help in better performance.

Frequency can also be increased. It is measured in MHz, which is the speed of the component (RAM)at which it processes millions of information per second. The largest available f is 5.5 GHz which processes billions of bits per second.

To increase the frequency, download the XMP profile, where the frequency can be increased manually. But make sure not to increase it too much, and your motherboard supports that.

Finally, you need to adjust them according to your system settings. Keep the voltage stable because increasing too much voltage can damage the system.

First, download and set up the PC monitoring software Cam NZXT via the web browser. It is compatible with most RAMs, but it must be checked and confirmed. It enables a single application to manage performance, temperatures, and devices. 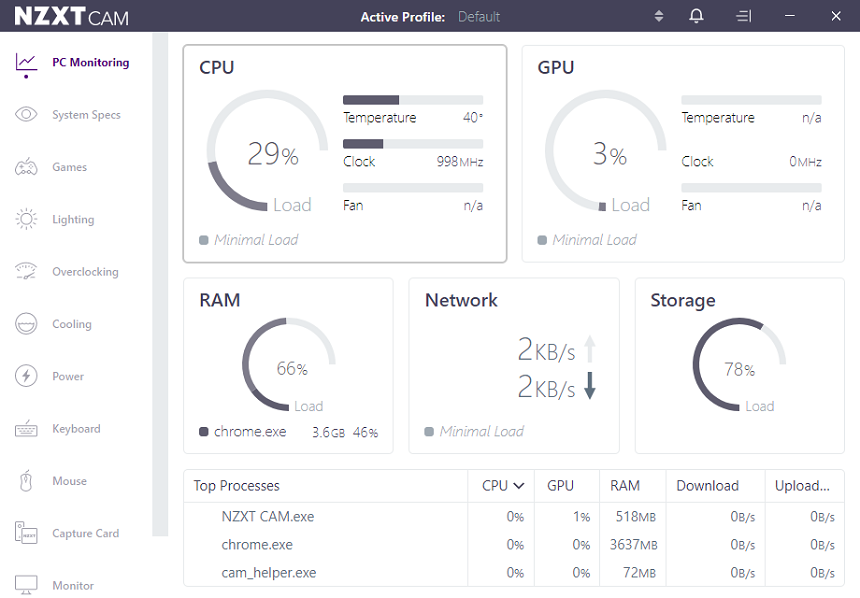 After downloading it, hit the windows key, look up NZXT Cam, and click it. It will load and show all CPU, GPU, RAM, network, and storage information.

In the sidebar, click overclocking, control the values for a core clock, memory clock, power limit, core voltage, and temperature, and press apply. It also has options to increase and control coolers. Of course, you must achieve higher frequency, timing, and stability for a smooth process.

The unlocked clock multiplier can be overclocked easily and quickly. It enables the user to change both multiplier and frequency settings to achieve the system with higher speeds. unlocked multiplies is preferred for overclocking. That’s not possible, if the multiplier is locked.

It is because the formula for clock speed is Clock speed= Multiplier BCLK. Increasing the base clock is risky and can corrupt the operating system, causing your system to crash. So, an unlocked multiplier is safer to deal with and show gains. Unlocked multiplier comes in –K and –X series of Intel.

RAM overclocking is a good option if you are a regular user who needs fast processing. The easiest and quickest way to get a performance boost without spending much money is to overclock. As a result, the PC will be able to handle more information and become efficient. The RAM overclocking changes speed, latency, and stability. After this modification, the system runs at blazing speeds.