Overheating CPUs is a common problem for gamers and other computer users. The heat generated by the CPU can cause problems with performance and even lead to hardware damage. In severe cases, an overheating CPU can cause a system to crash. Therefore, it is important to check the temperature of your CPU.

If you’re a PC gamer, then you’ve probably encountered the issue of your CPU overheating. You might be wondering, “does an overheating CPU affect FPS & performance.” In this blog post, we’ll answer that question and give you some tips on keeping your CPU cool.

Overheating the CPU damages the hardware and affects the FPS and performance of your PC. Overclocking is considered the best technique in the gamer’s world to get maximum performance from the CPU. Undoubtedly, overclocking leads to a performance boost, but it also causes excessive heat.

This overheating causes many issues like CPU bottleneck if you are not using a proper cooling system for your CPU. Many gamers often face this problem, and they think that why their system is not performing up to the mark even after spending a lot of money on the best graphics card.

Here’s how overheating affects your CPU, and leads to FPS and performance drop:

Several CPU issues lead to CPU bottlenecks, but overheating is the major one. Overheating creates resistance between the CPU and other components, which causes a significant loss in performance. In addition, if you are unable to get maximum performance from your CPU, your FPS during gaming will also be affected.

A bottleneck in the CPU can also cause lagging issues, and you will notice a sudden drop in FPS. So, if you are looking to get rid of the CPU bottleneck, you need to keep your CPU cool. 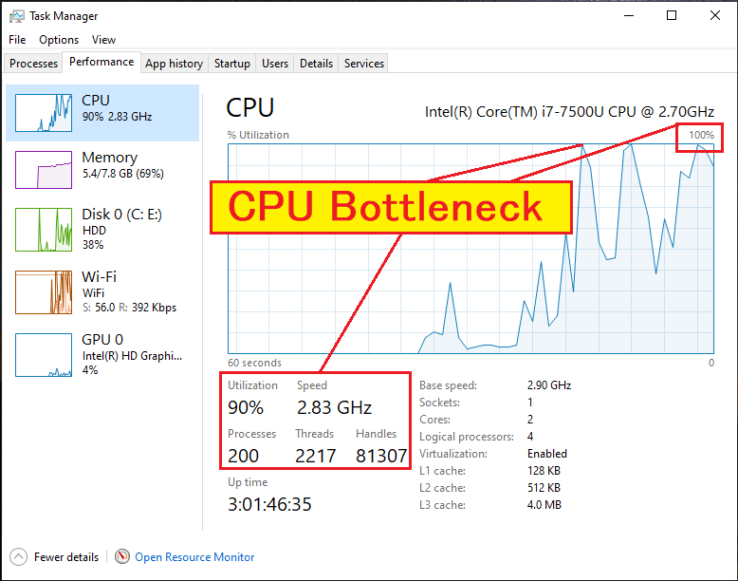 CPU overheating damages the CPU cores and causes performance loss. Each CPU has some extra disabled cores that come into work when any working cores die. Overheating damages these cores, which leads to permanent core damage. Cores are processing units. If they are damaged, your gaming experience, including FPS, will also face negative effects. 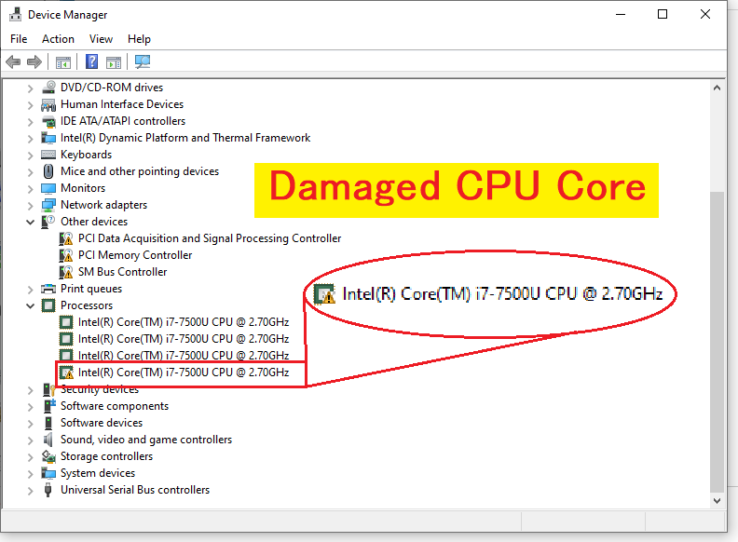 Using a high-end graphics card with an overheating CPU often results in input lag. As a result, your system will take more time to process the data, which will result in a slower response time. It is a serious problem as it can completely ruin your gaming experience. 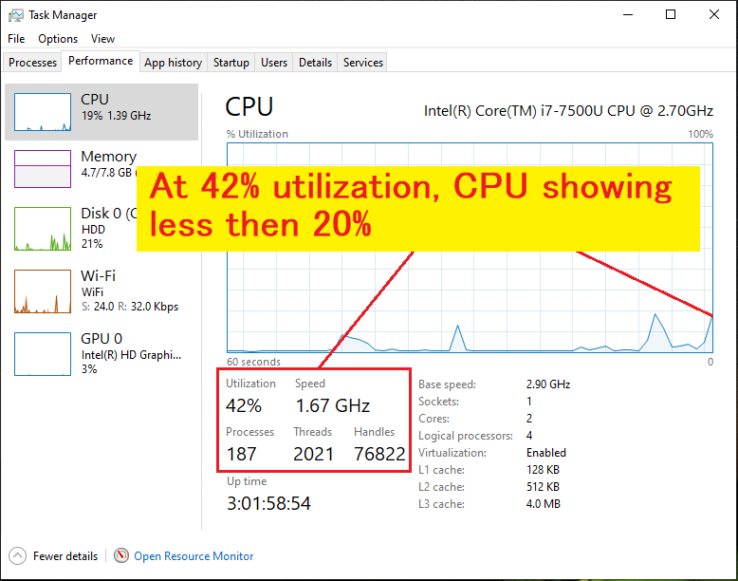 It is one of the most common issues that arise due to overheating. Thermal throttling is when the CPU automatically reduces its clock speed to prevent further overheating. Unfortunately, this process often leads to significant performance loss as it can reduce the clock speed up to 50%.

When your CPU overclocking is reduced, you will also experience a huge FPS drop during gaming. It is because overclocking is the only way to increase your FPS with limited CPU and GPU resources.

What CPU Temp is too High?

Here are different CPU situations and their respective ideal temperature:

Your CPU temperature affects your gaming performance, but it isn’t the only factor. If your CPU is running too hot, it will throttle itself to prevent damage. As a result, it can lead to lower frame rates and reduced image quality. CPU temperature also affects the response rate of your controls, leading to a bad gaming experience.

You can improve your gaming performance by keeping your CPU cool. There are a few ways to do this. One is to use a better cooling solution, such as a water cooler or an air cooler with multiple fans.

How to lower CPU temperature? – 11 Ways to Cool Your Processor and boost FPS & Performance

Covering the breathing holes of your PC leads to hot air accumulation. As a result, all motherboard components, including the CPU, will face overheating. So always make space in your PC’s front and back sides for airflow.

If your PC is still overheating, you must use new CPU coolers. The latest CPU coolers have the latest technology for better heat dissipation. Some of the best CPU coolers are Noctua, Cooler Master, and Corsair.

There are different coolers, including liquid coolers, water coolers, and air coolers. These coolers are best during overclocking and heavy CPU usage.

Another way to lower your CPU temperature is by using thermal paste. Thermal paste conducts the heat from the CPU to the heatsink to dissipate. When you reapply thermal paste, it will help conduct heat away from your CPU and into your cooler more effectively. Always buy high-quality thermal compounds.

It’s important to keep your PC clean, both inside and out. Dust can build up over time and block airflow, making your components run hotter. Use a can of compressed air to blow dust out of vents and other openings on your case. You should also clean the case regularly to prevent dust buildup.

You may need to upgrade your CPU heatsink if you still have overheating problems. The heatsink helps cool your CPU by transferring heat away from it. If your current heatsink isn’t doing a good job, you can replace it with a better one.

Make sure to buy the best match for your motherboard. A different CPU heatsink will also lead o a similar problem.

More fans in your PC case help move hot air out of the case faster. The more fans you have, and the faster they spin, the better. If your CPU is getting too hot, adding more case fans can help to cool it down. So try to increase the number of case fans.

Stop excessive overclocking and keep it to safe limits. Overclocking your CPU increases its speed and causes it to generate more heat. It will lead to your computer shutting down automatically to prevent any damage. If you are a gamer, this is your worst nightmare.

To avoid such a situation, always overclock your CPU within safe limits. You can check the user manual or go through the official website to find it.

It is important to provide proper power during overheating or increasing the load on a processor. The first step is to upgrade the power supply if necessary. Make sure that it can handle the new hardware. If you are overclocking your processor, you will need an even higher-wattage power supply.

You will have to use the extra cooling system and provide extra voltage to your CPU. Unfortunately, it always leads to power shortages. This power shortage affects the CPU and causes a problem for other hardware components.

If you’re using a laptop, you can try using a cooling pad to help keep your CPU cooler. A cooling pad is a flat surface that you place your laptop on top of. It has one or more fans that help to circulate air and keep your laptop cool.

If you have control over your fans’ settings, you can lower your CPU temperature by increasing the airflow inside your case. You can use third-party applications like SpeedFan, EasyTune 5, Zotac FIRESTORM, and HWMonitor. In addition, you can control the fan speed and rpm manually.

When you are overclocking your CPU to get more FPS and performance out of it, CPU fan speed is a very crucial setting at that time. If you are increasing CPU hertz, heat will also increase automatically. So it is important to match the fan speed with your hertz.

An overheating CPU can have a negative impact on FPS and overall performance. It is because the CPU will need to throttle (or slow down) in order to prevent any damage from occurring. If you are a gamer, this is something you want to avoid at all costs. There are several steps you can take to help keep your CPU cool and prevent overheating, including cleaning your PC regularly, upgrading your CPU heatsink, installing more case fans, and stopping CPU overclocking.