The power supply unit (PSU) is one of the essential parts of a working computer system. A bigger PSU means you can attach more hardware to your computer, including CPU, GPU, SSDs, and RAMs. A PSU has a significant impact on the overall performance of a CPU, GPU, and all other hardware components.

The PSU provides power to the different components of the CPU and GPU to function properly. If it cannot provide enough power, you won’t be able to process data or do any tasks. In addition, any kind of defect, current shortage, or voltage fluctuation may damage your CPU and GPU.

Does a PSU Affect CPU and GPU temps?

Yes, PSU affects the temperature because CPU and GPU highly depend on PSUs, and each component demands a certain amount of power to perform tasks. A slight change in the power may cause heat and damage to both components. So it won’t only affect the performance but may also affect the lifespan of CPU and GPU.

Can My PSU Burn My GPU or CPU?

A PSU can rarely burn your GPU or CPU. In most cases, it is the other way around. If your PSU is not working properly, it can cause your GPU or CPU to overheat and eventually fail. Heat detecting sensors are used in computer systems to help shut down safely before causing any serious harm.

What is Optimal CPU and GPU Temperature?

Temperature exceeding the above safe limits may cause potential damage to your CPU and GPU. To avoid such a situation, keep an eye on the PSU, thermal paste, and fans of your PC.

How to Prevent Your PSU From Affecting Your CPU and GPU Temperature?

There are several things you can do to prevent your PSU from affecting your CPU and GPU temperature:

Dust can accumulate over time and cause your PSU to overheat. Be sure to clean your PSU regularly with a can of compressed air.

Make sure that your PSU has adequate airflow and is not obstructed by other components in your case. You can also invest in external cooling systems like fans and heatsinks to reduce the overall temperature of your CPU and GPU.

3. Be mindful of your PSU’s power requirements:

Avoid using a PSU that is not powerful enough to support the demands of your CPU and GPU, as this can cause overheating and other performance issues.

Use software tools like Core Temp or Open Hardware sensors to monitor your CPU and GPU temperatures. This way, you can take action if your temperatures start to rise.

5. Replace your PSU immediately if it fails:

If you notice any signs of failure with your PSU, such as a broken fan or irregular power fluctuations, be sure to replace it as soon as possible. This will help you avoid a complete system failure and ensure that your PSU continues to run smoothly.

By following these tips, you can keep your PSU operating at optimal temperature and enjoy the smooth, stable performance of the CPU and GPU.

How to choose the right PSU for your PC

Select the PSU with demanded Power (Wattages) for your hardware. Buying a new PSU with more power can solve your CPU and GPU overheating issues. You can calculate the power of your new Power Supply Unit using these methods:

Calculate The PSU Power – How much Do You Need:

The sum is 204 Watts which means you need a PSU of more than 200 Watts, and that will be 250 Watts PSU. Similarly, if the sum is about 270 watts, you will need a 300 watts PSU. A well-calculated PSU expands the life of your computer system and increases the performance of your computer.

The wattage rating of the power supply indicates how much power it can provide to the components of the computer. For example, CPU and GPU both require a lot of power, so if you plan on upgrading either component in the future, make sure that your power supply has enough wattage to support it.

What are The Symptoms of Failing PSU?

A problematic PSU is a major factor in affecting the CPU-GPU temperature. It’s extremely dangerous for the whole computer system and may cause potential damage to the hardware, including the processor and GPU. Here’s how it can harm your CPU and GPU:

CPU and GPU both require low temperatures on the inside and outside since they are one of the most active components and generate the most heat in your computer. With a limited supply of power, the slow-running fans will be unable to cool down the components, causing them to overheat in seconds.

Your computer’s hardware requires a consistent voltage. Voltage variations may be caused by an old and faulty PSU, which can harm the CPU’s semiconductor elements. These changes generate heat in digital hardware components, including CPUs, GPUs, RAMs, SSDs, etc., which can cause electronic circuits to fail.

If your computer’s power supply is out of date, it won’t operate correctly. The only way to resolve this problem is to purchase a new and compatible power supply. Always calculate how much power your hardware needs before purchasing a new PSU for your PC. Buying an underpowered PSU will not fix the problem. 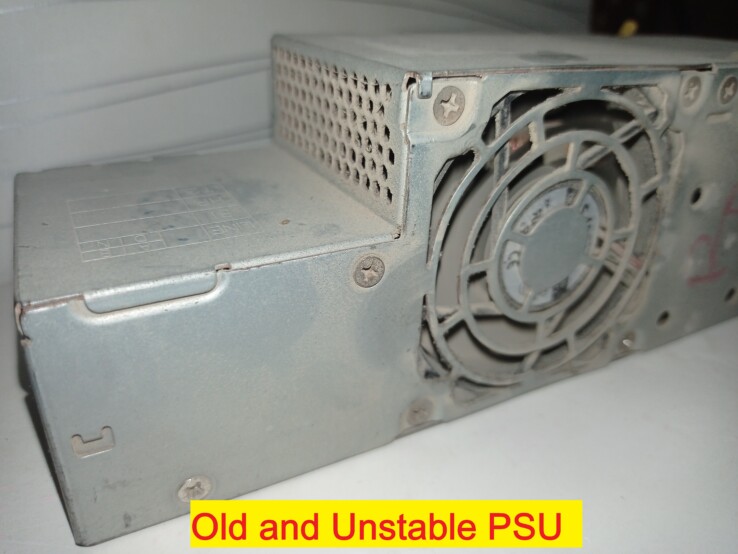 If the connected power cables are of poor quality, the CPU-GPU temperature will give out inconsistent voltage and current. The latest PSUs come with detachable power cables, allowing you to replace them if they become damaged.

So, always buy quality products fr your computer system. One poor quality component may cause performance issues or damage other parts. 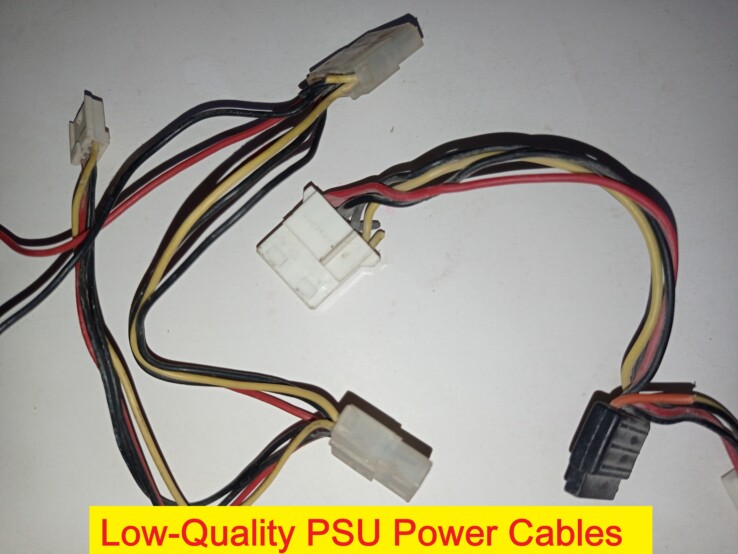 4. PSU With a Broken Fan

A malfunctioning or broken fan in your PSU might lead to overheating, resulting in costly damage to your CPU and GPU. If you notice that the fan on your PSU isn’t working correctly, be sure to replace it. It is important if you’re running a high-end system with multiple hardware.

You should regularly monitor your CPU and GPU temperatures using specialized tools like Core Tem or hardware sensors. If you notice that your temperatures are rising likely, your PSU is not working. In this case, you should replace your PSU as soon as possible.

The position of the PSU also matters a lot as it affects CPU and GPU temperature. For example, if you have placed your PSU at the bottom of the cabinet, the hot air will rise and heat your graphics card and processor. So, it is advisable to place your PSU on the top or back of the cabinet. 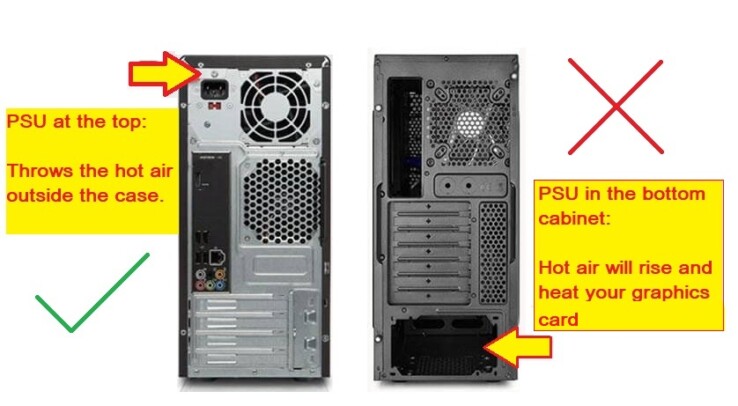 This article is a very straightforward and simple guide on the effects of PSU on your CPU and GPU and how you can avoid it. In this guide, we have learned that there must be a stable PSU that can smoothly provide more than sufficient power to the hardware so that the GPU doesn’t get overheated.