CPU stands for Central Processing Unit and is responsible for performing arithmetic and logical operations when one or more software are executing. The CPU is the brain of a computer system that also controls different tasks. The GPU is only responsible for processing 2D and 3D graphics during gaming, rendering, editing, and exporting.

In this article, I am going to guide you about the CPU and GPU in simple and easy words. Not only that, but I will also try my best to clear your concepts on the compatibility relationship between these two essential hardware of any computer or laptop. You will also be guided to fix some of the compatibility issues.

How Do I Know If a CPU is Compatible With My GPU?

To check if a CPU is compatible with your GPU, you will have to visit the company’s official website that has manufactured your motherboard. There, choose your motherboard and go to the tech specs page to find the maximum CPU and GPU it can handle.

Does GPU also Has a CPU?

As the name describes, a central processing unit (CPU) is the central hardware responsible for processing and controlling all the main tasks a computer system is built for. It not only does mathematical operations when one or more apps are running, but it also performs logical operations during this.

On the other hand, the graphics processing unit (GPU) is a dedicated processor for performing all the operations related to graphics on the display monitor. Therefore, GPU is also known as a graphics card in general. The latest graphics cards allow you to attach multiple display monitors allowing you more production and multitasking. 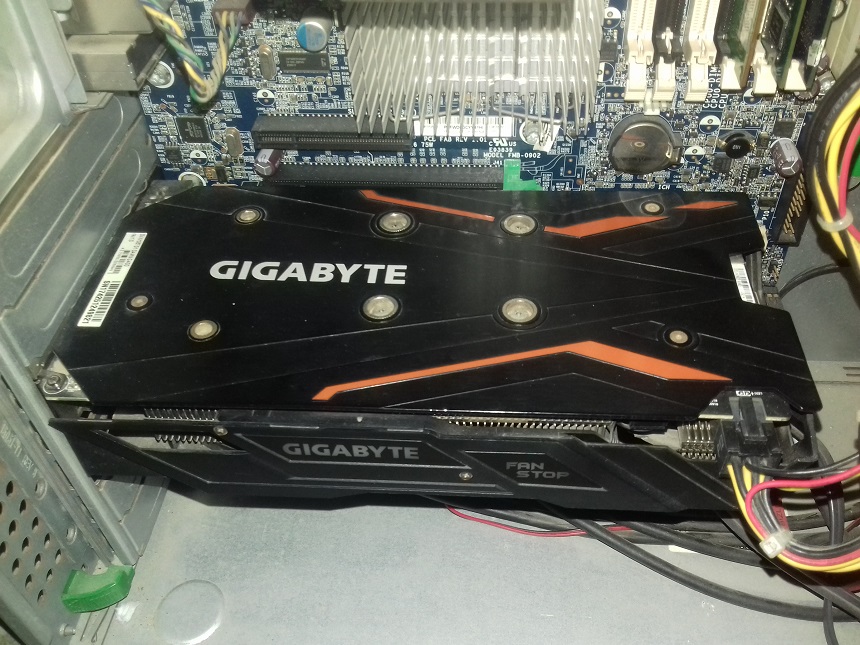 Computer graphics are also processed by using certain mathematical formulas and values. For example, matrices are used most frequently when scaling, rotating, and shearing 2D and 3D graphics and objects. If the CPU is responsible for all of these tasks, the computer system will become very slow, like in the old times.

A CPU can do some tasks that a GPU does. But a graphics card bears all the burdens of processing graphical data so the CPU can perform other tasks without interruptions. As a result, not only the speed of a computer or laptop is increased but also high performance, and multitasking is implemented easily.

Is Any GPU Compatible With Any CPU?

Most of the latest hardware that we use today are compatible with each other, but in some cases, compatibility is very necessary, especially when you have a high-end PC. It is not like any GPU is compatible with any CPU and vice versa. Certain criteria must meet for compatibility.

If the CPU is not compatible with your GPU, you will never be able to get the maximum performance from your computer system. It is because incompatible CPU and GPU pairs cause bottlenecks. Which one is responsible depends on which one is lower in specifications, especially the operating frequency.

Let’s take an example of a powerful CPU with an older graphics card. In this case, the graphics card will have to perform on its 100% to match the CPU. As a result, it will not only make the GPU overheat, but it may also burn out. It is why you should always make sure that the CPU is compatible with the GPU or not.

If it doesn’t become out of order, it will cause bottlenecks because it will not be able to process more graphical data that the CPU is addressing. A bottleneck is nothing, but in this phenomenon, the incoming data is more, but the processing is slow, just like a real-life bottle with more inside but can’t let all at once.

It is possible that your graphics card is more powerful than your CPU. In this case, the CPU will cause bottlenecks, degrading your computer system’s overall performance. Simply, you will never be able to use your graphics card to the extent it was manufactured to be used. 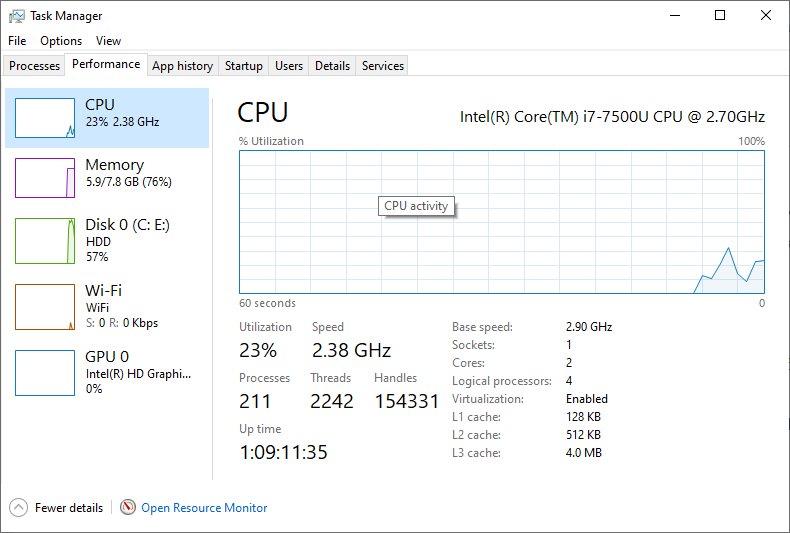 It is believed that CPU bottleneck is a logical phenomenon, and it has very little to do with hardware. But if the CPU and GPU are overclocked, and the GPU is higher than the CPU, then the CPU will run at its maximum speed to match the operation with your GPU. As a result, it will become overheated, and it may burn out.

Can a CPU be too Powerful for a GPU?

It is also possible that your CPU is more powerful than your graphics card. In this case, the CPU can overload the GPU with certain commands. Your graphics card will try its best to match your CPU, but it will also cause bottlenecks. As a result, the overall performance of your computer system will degrade.

Suppose you want to match your CPU with your GPU. In that case, you must visit the official site of your motherboard or do some web research because hundreds of motherboards, CPUs, and GPUs are manufactured by different companies with different specifications. Therefore, it is impossible to mention them on a small page.

RTX 3080 is a graphics card specifically designed for gamers, 3D artists, and high-end video editors and exports that work in 4K or 1440p. This GPU has the most realistic graphics and is the best for streaming 4K games and videos. In addition, it is a universal card for people from different fields.

If you are using RTX 3080 Ti with an older CPU with fewer cores and lower frequency, the bottlenecks will undoubtedly occur. I recommend upgrading your CPU to run parallel to your graphics card. AMD Ryzen 9 5950X is the best CPU compatible with this powerful GPU, by the way.

Should I get a Stronger CPU or GPU?

As I have mentioned in the article, a CPU has its responsibilities; for some of them, a GPU cannot perform and vice versa. Therefore, the first strong thing you need is the motherboard because if your motherboard cannot support strong hardware, then neither upgrading CPU nor GPU will work. 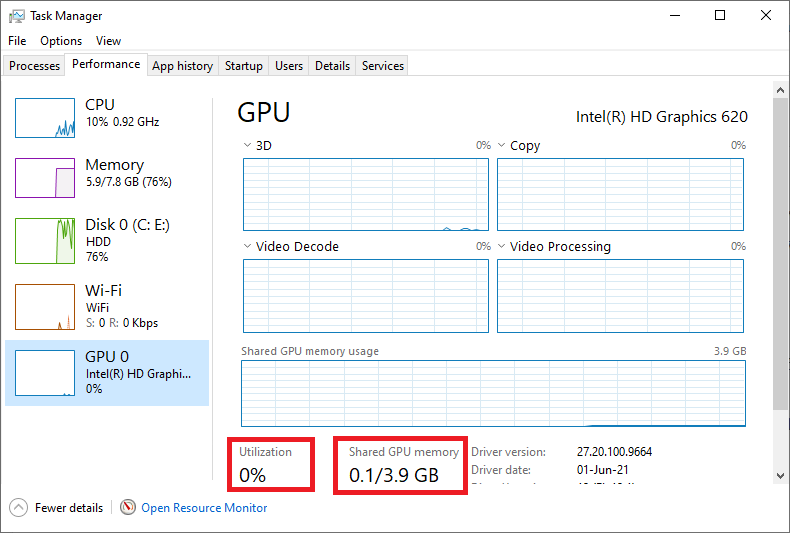 Now, if you are a student and have little or nothing to do with gaming, streaming, and rendering, then choose a stronger central processing unit (CPU). It is because the CPU is universal hardware and can perform some graphics-related tasks as well. But if you are a professional, your GPU must also be higher.

In both cases, ensure your CPU is compatible with your GPU. Because if one of them is way more powerful than the other, you will experience bottlenecks. Not only that, but your computer may also degrade in performance to much extent. It is also possible that one of them will start overheating because of overwork.

Will a Better CPU Increase FPS?

FPS is nothing but frames per second. The video games and videos contain frames that include multiple images that display movement. You can get more FPS by upgrading either your CPU or your GPU. But there are pros and cons in either of the situations. So let’s find out which one to upgrade.

For example, if you upgrade 90% of your CPU for a higher framerate or FPS, you can increase your frame rate to some extent. But the increase may not satisfy you by completing your demands. On the other hand, upgrading a GPU only 50% more than your current one can give you double FPS than the current ones.

How Many GPUs Can a CPU Handle?

Handling multiple GPUs, firstly, depends on the motherboard instead of a CPU. Because GPUs directly connect to the motherboard PCIe slots. Motherboards present today have PCIe slots for connecting 6 graphics cards, such as Z270 Pro – MSI. So yes, you can run 6 GPUs simultaneously using this motherboard. 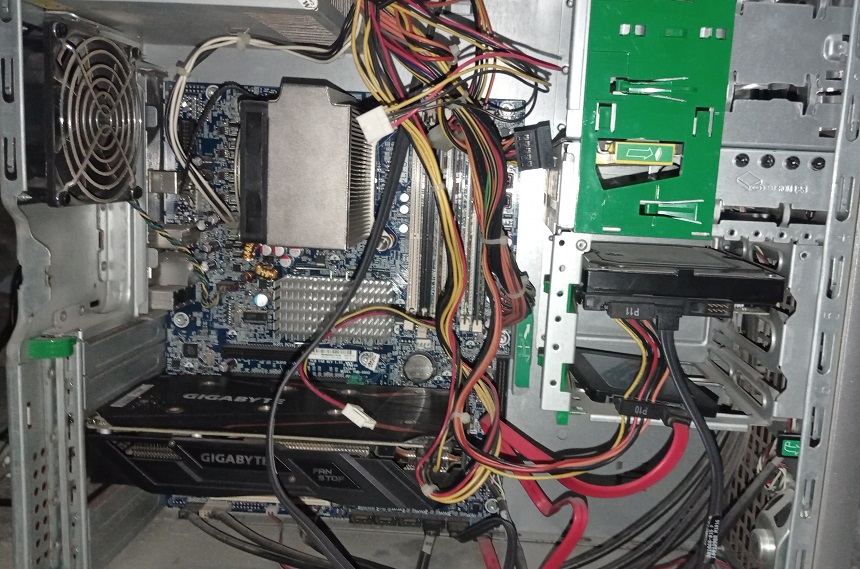 But don’t forget to upgrade your CPU, especially when using multiple motherboards. Because if you have a less powerful central processing unit in this case, then your computer will be affected by the bottlenecks. If four graphics cards are running simultaneously, the CPU must match their speed.

It is important to make sure that your CPU is compatible with your GPU in order to ensure optimal performance. If your CPU is not compatible, you may experience bottlenecks and other performance issues. Additionally, you may need to upgrade your CPU if your GPU is more powerful. It is also important to note that the motherboard may affect the number of GPUs that can be connected to the system.